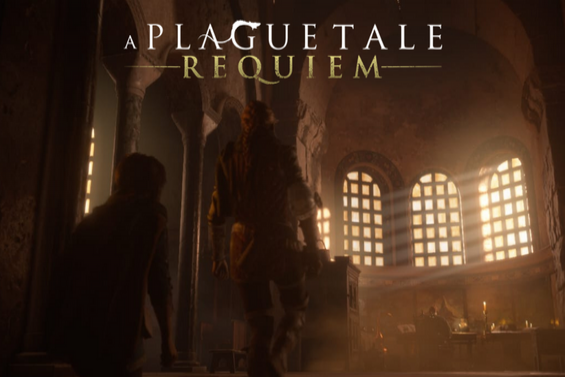 A Plague Tale: Requiem - A great story about the love between siblings | REVIEW

The dramatic and exciting story of Amicia and Hugo continues, but this time with many more rats. The Dark Pictures Anthology: Man of Medan - On a ship where all the crew members are dead, what are your chances of survival? | Review Posted 1 week ago by guinew

Released on November 9th, God Of War: Ragnarok developed by Santa Monica Studios and released for PlayStation 4 and PlayStation 5 is the sequel not only to the events of the last God Of War but also the reflections of all the trajectory and history of Kratos up to this point, as well as all the emot ... Posted 1 week ago by Lourenço Sá

As they face an unprecedented alien catastrophe, there is no other path for humanity but to recognize their destiny. Posted 1 week ago by Lourenço Sá

The newest LEGO game is a true intergalactic amusement park. Posted 2 weeks ago by Alex

Neon pixel art on the platforms. Posted 2 weeks ago by Lourenço Sá

Be the manager and administrate resources and people in a simulation where the future (or maybe the present) doesn't look so promising. Posted 2 weeks ago by Lourenço Sá

Cute and a lot of fun, with a touch of nostalgia. Posted 2 weeks ago by Alex Posted 3 weeks ago by guinew Posted 3 weeks ago by Lourenço Sá

In a dystopian future, ruled by the totalitarian regime of Eusan, Elster must remember the promise: Posted 1 month ago by Alex

Biopunk terror, just these two words would summarize Scorn, as a possible new game genre for this new generation, with detailed graphics and a horror that is almost grotesque in a mix of gore and curiosity that drives away a lot of players that refuse themselves to enjoy an experience that goes bey ...

A Plague Tale: Requiem - A great story about the love between siblin ...

The Dark Pictures Anthology: Man of Medan - On a ship where all the ...

Pentiment - Travel through the history of medieval Europe as you sea ... Adventure
Your experience on this site will be improved by allowing cookies. Read More