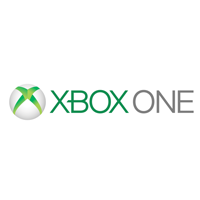 The Xbox One is a line of home video game consoles developed by Microsoft. Announced in May 2013, it is the successor to Xbox 360 and the third base console in the Xbox series of video game consoles. It was first released in North America, parts of Europe, Australia, and South America in November 2013, and in Japan, China, and other European countries in September 2014. It is the first Xbox game console to be released in China, specifically in the Shanghai Free-Trade Zone. Microsoft marketed the device as an "all-in-one entertainment system", hence the name 'Xbox One'.[15][16] An eighth-generation console, it mainly competed against Sony's PlayStation 4 and Nintendo's Wii U and later the Switch.

Moving away from its predecessor's PowerPC-based architecture, the Xbox One marks a shift back to the x86 architecture used in the original Xbox; it features an AMD Accelerated Processing Unit (APU) built around the x86-64 instruction set. Xbox One's controller was redesigned over the Xbox 360's, with a redesigned body, D-pad, and triggers capable of delivering directional haptic feedback. The console places an increased emphasis on cloud computing, as well as social networking features, and the ability to record and share video clips or screenshots from gameplay, or live-stream directly to streaming services such as Mixer and Twitch. Games can also be played off-console via a local area network on supported Windows 10 devices. The console can play Blu-ray Disc, and overlay live television programming from an existing set-top box or a digital tuner for digital terrestrial television with an enhanced program guide. The console optionally included a redesigned Kinect sensor, marketed as the "Kinect 2.0", providing improved motion tracking and voice recognition.

The Xbox One received positive reviews for its refined controller design, multimedia features, and voice navigation. Its quieter and cooler design was praised for making the console more reliable than its predecessor on-launch, but the console was generally criticized for running games at a technically lower graphical level than the PlayStation 4. Its original user interface was panned for being nonintuitive, although changes made to it and other aspects of the console's software post-launch received a positive reception. Its Kinect received praise for its improved motion-tracking accuracy, its face recognition logins, and its voice commands.

The original Xbox One model was succeeded by the Xbox One S in 2016, which has a smaller form factor and support for HDR10 high-dynamic-range video, as well as support for 4K video playback and upscaling of games from 1080p to 4K. It was praised for its smaller size, its on-screen visual improvements, and its lack of an external power supply, but its regressions such as the lack of a native Kinect port were noted. A high-end model, named Xbox One X, was unveiled in June 2017 and released in November; it features upgraded hardware specifications and support for rendering games at 4K resolution. The system was succeeded by the Xbox Series X and Series S consoles, which launched on November 10, 2020.