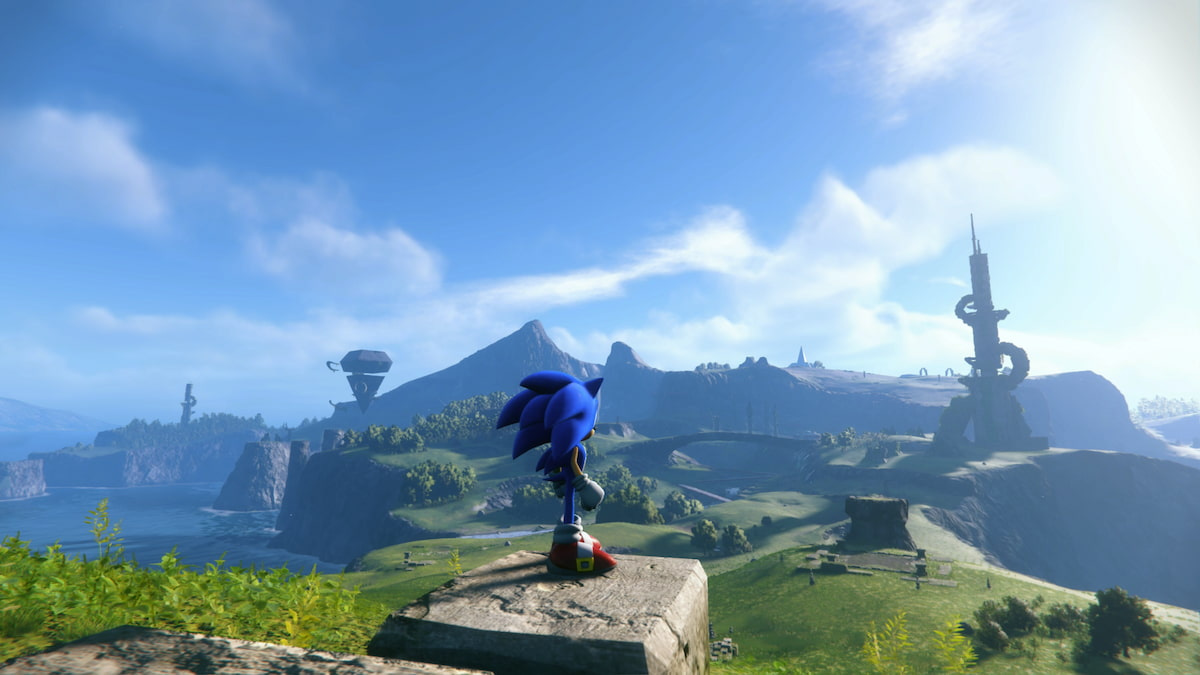 Putting the 'open' in 'open zone'

We think it's fair to say that the huge dust cloud which followed Sonic Frontiers' launch has finally settled. Clocking in mixed reviews across the board, one topic that seemed to divide us all was the game's approach to the 'open zone' concept with some believing that it was a great leap forward for the Sonic franchise and others seeing it as not going far enough. It seems, however, that these zones were originally intended to be a lot more, well, open.

One fan has been poking about in the Switch's game files and has uncovered original beta islands which seem to combine the layout which would be later used in Frontiers' smaller zones. Posting their discoveries on the YouTube channel ĐeäTh, this tour around Sonic's original island presents a world which is far more open than that which we ended up receiving.

The larger island seems to combine the finished product's Kronos, Rhea and Ouranos islands into one larger zone with free travel available between the three. Although some of the objects have not loaded in this particular example, the video captures the scope of what once was - a Sonic game which is far more focussed on open world exploration rather than island hopping.

You can check out the full tour of the island in the video below:

It is worth noting that while the beta island was originally found in the Switch game files, the above video sees it ported to a PC and it thus runs at a higher frame rate and resolution.

Whether this sense of freedom would have been enough to change many people's perspectives on the Switch version of the game is an answer that we will never know. What is clear, however, is that there is the potential for a much larger open world Sonic title out there and perhaps we will see more of this with whatever SEGA is cooking up for the blue blur next.