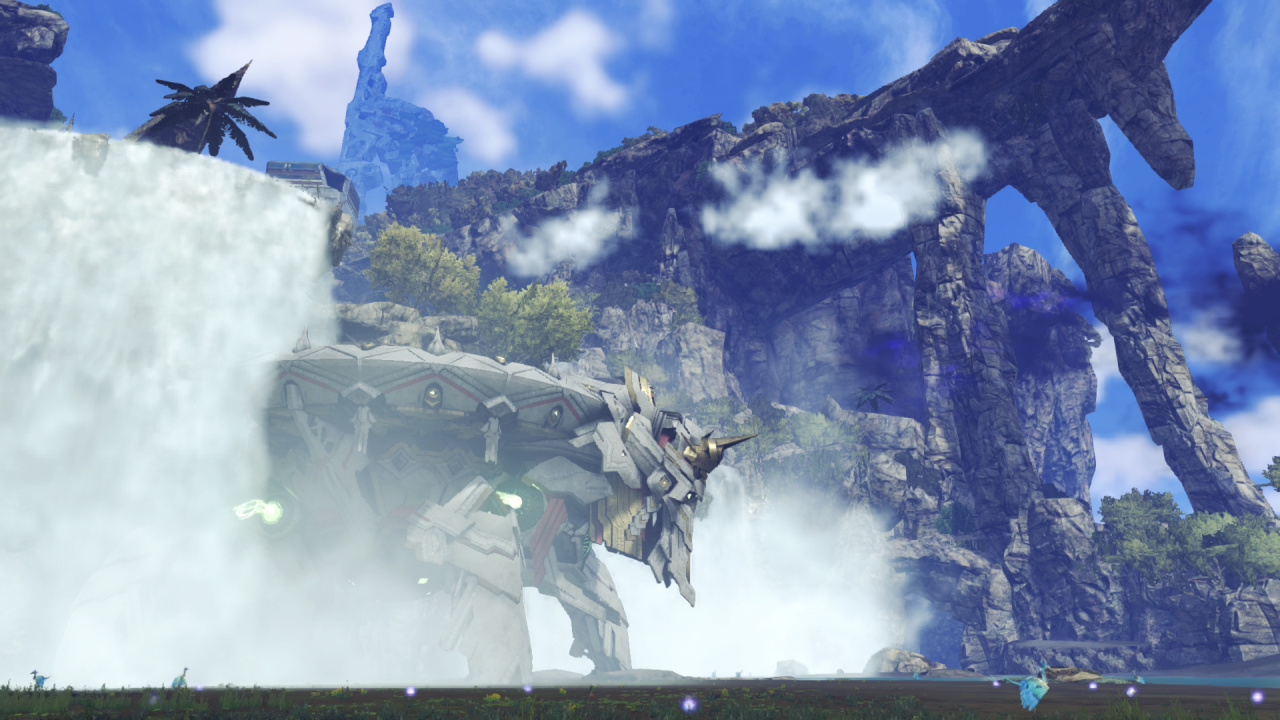 We're really feeling the onslaught of Xenoblade Chronicles 3 news at the moment, and today, Nintendo of Europe has thrown us even more nuggets of information about the game. After we got a look at Millick Meadows and Eagus Wilderness in an update last week, we've now got a closer look at two nature-abundant areas that have a lot more relics of the past.

The recent screenshots and character details haven't been shy about showing off hints of past locations, or even using the names of them, in Xenoblade Chronicles and Xenoblade Chronicles 2, and today's selection is no different. If you're a series fan, you're bound to get your head in a spin working out just what is in each location, and how everything has ended up there. 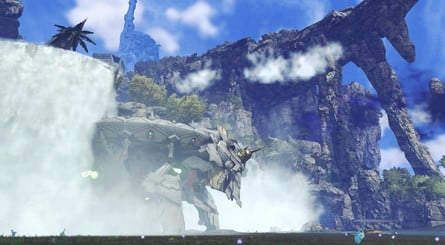 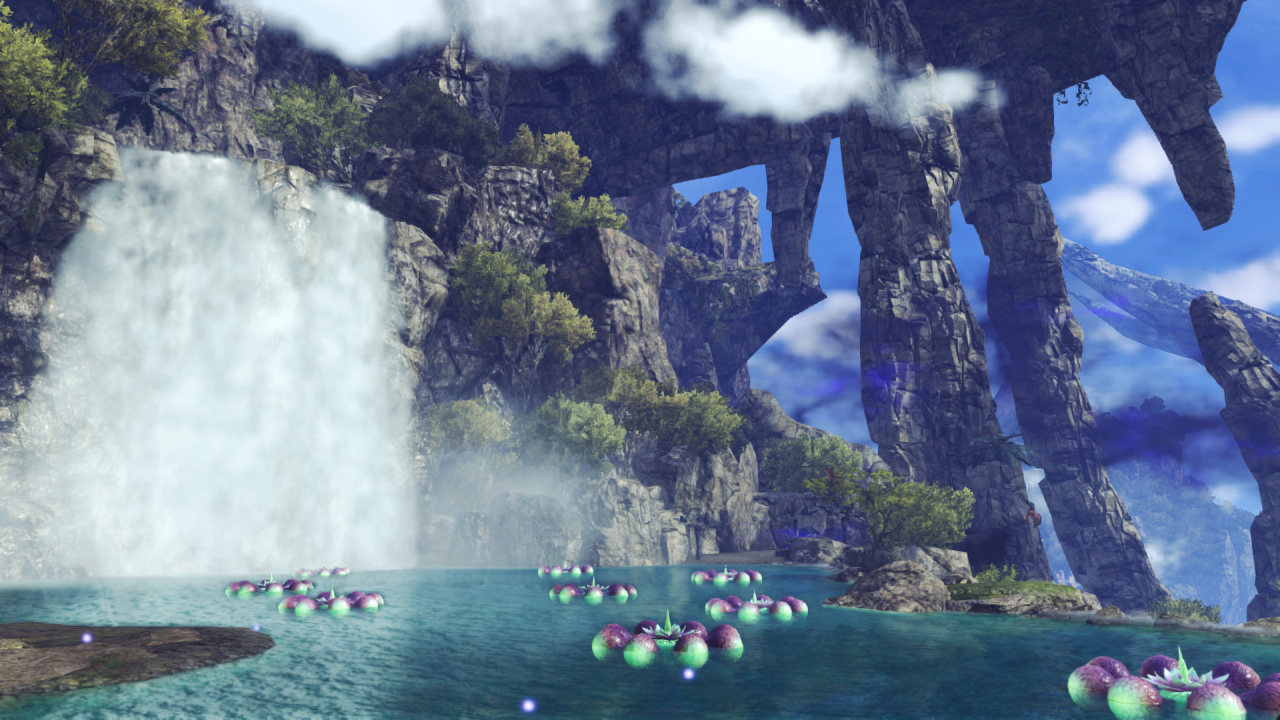 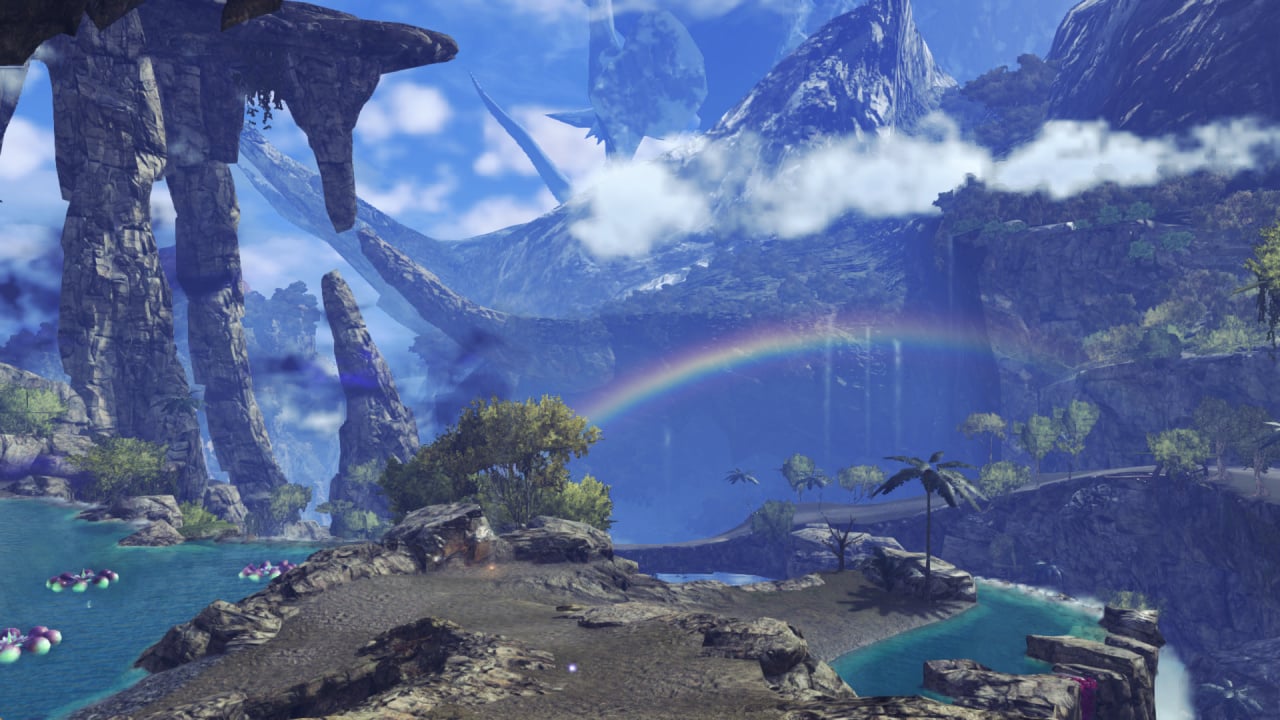 Xenoblade Chronicles 3 ’s Great Cotte Falls is a great place for a swim and features a giant waterfall that’s just begging to be jumped off. Cannonball!

We've definitely taken a dive off of one or two waterfalls in our Xenoblade time, but the Great Cotte Falls makes this the centrepiece of this beautiful location. The Makna Falls from the first game were also a big part of that jungle, and we can see bits of what looks like the Bionis' Shoulder. But look, there's also a lovely rainbow (or a Reyn-bow? We'll see ourselves out.) to help distract us from those buildings!

Where could the buildings be from? Well, fans have been speculating that they're remnants of a late-game area from Xenoblade Chronicles 2, which makes the most sense. How this lush, verdant area formed around it, we have no idea yet. Nintendo, you're making us have too many questions. 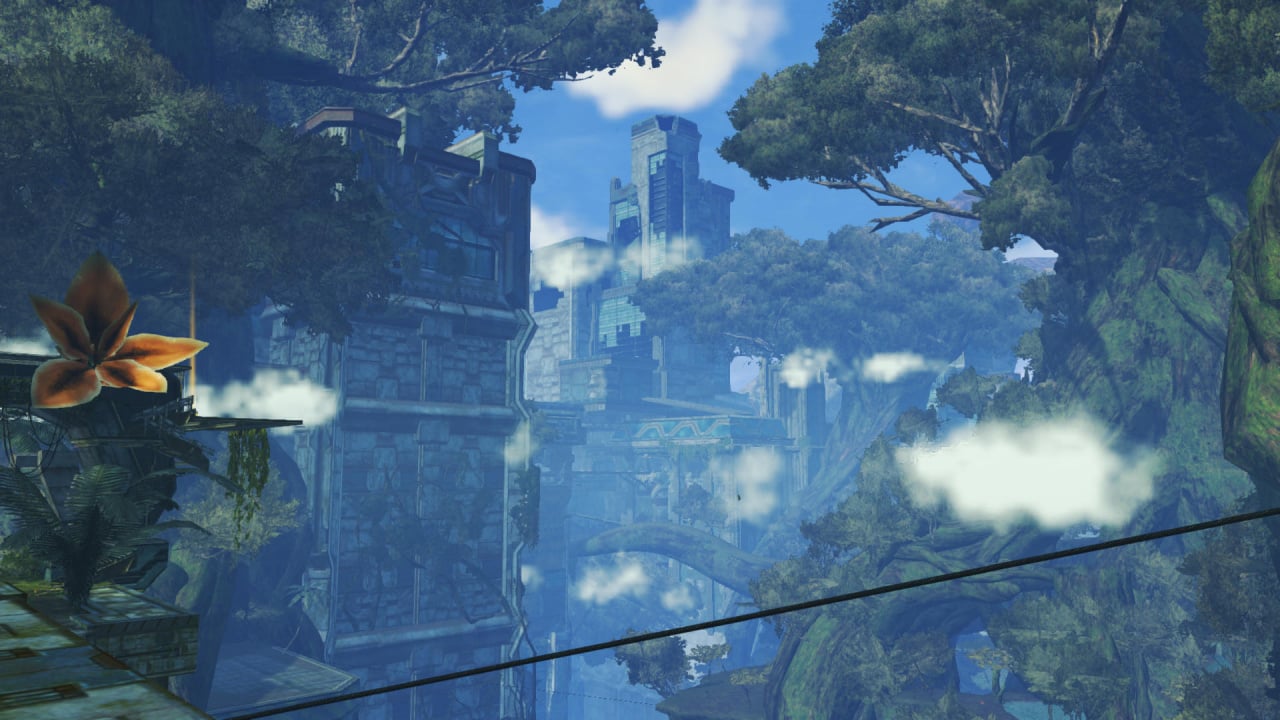 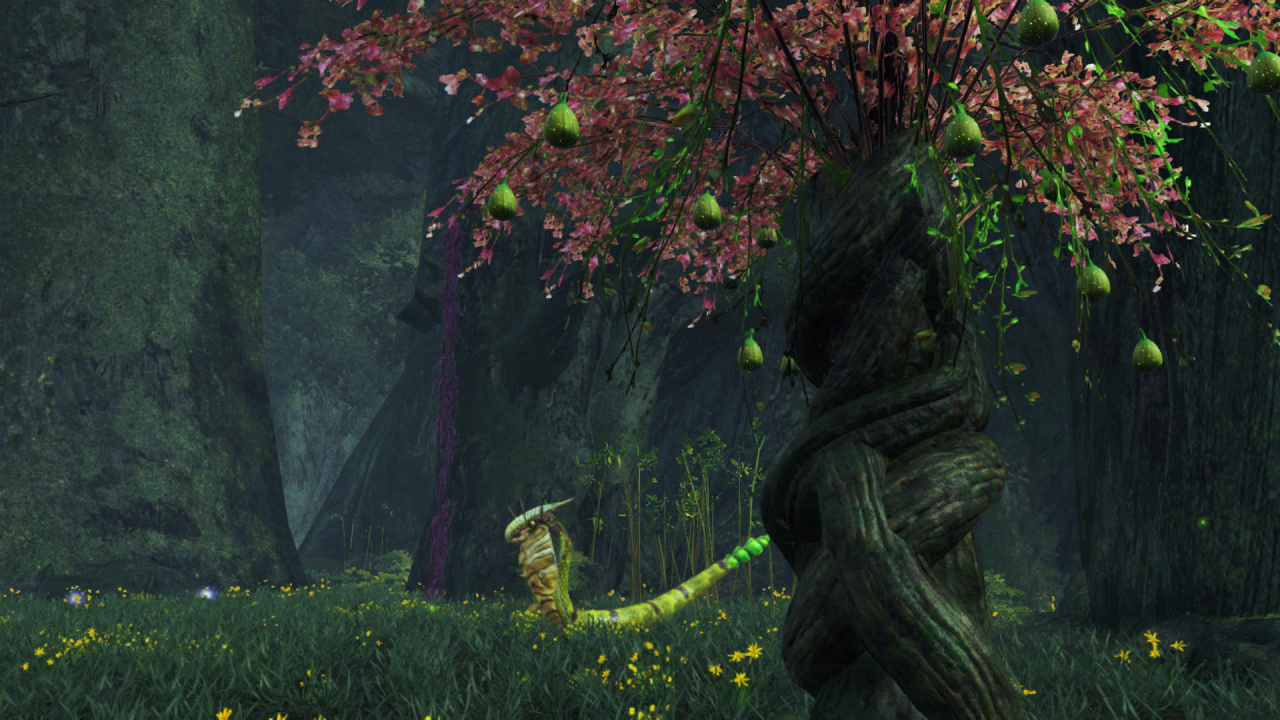 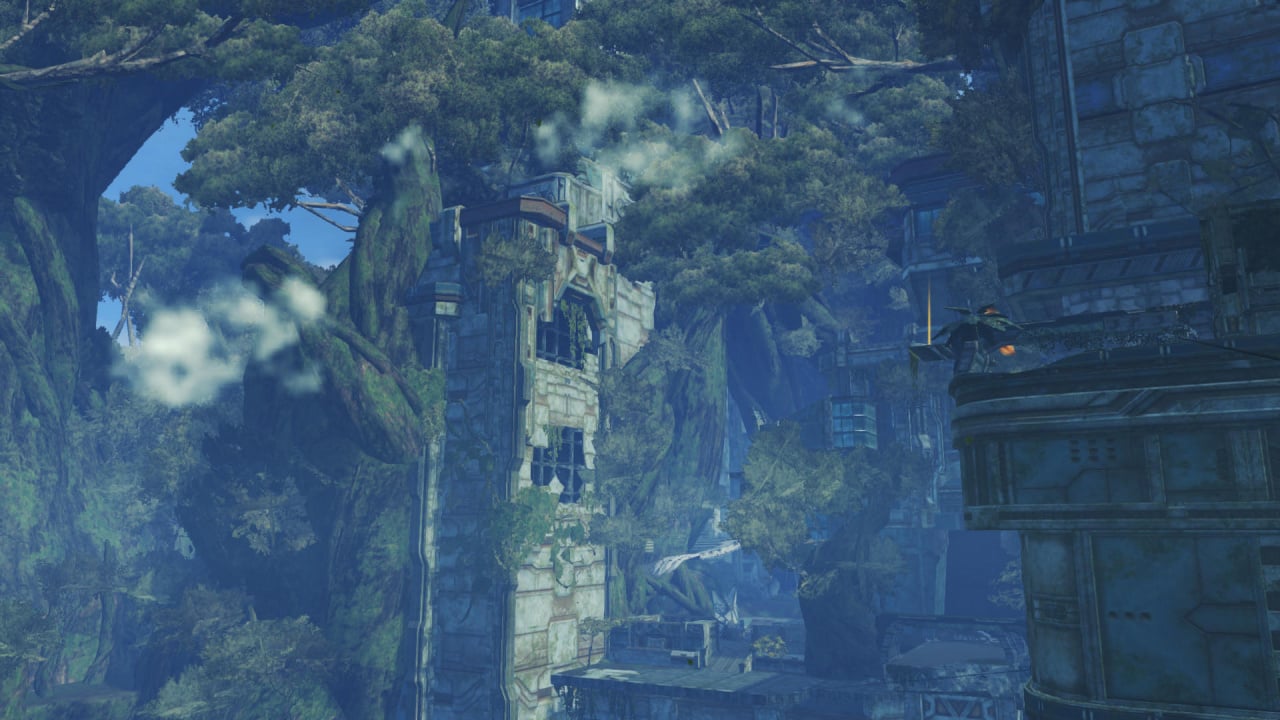 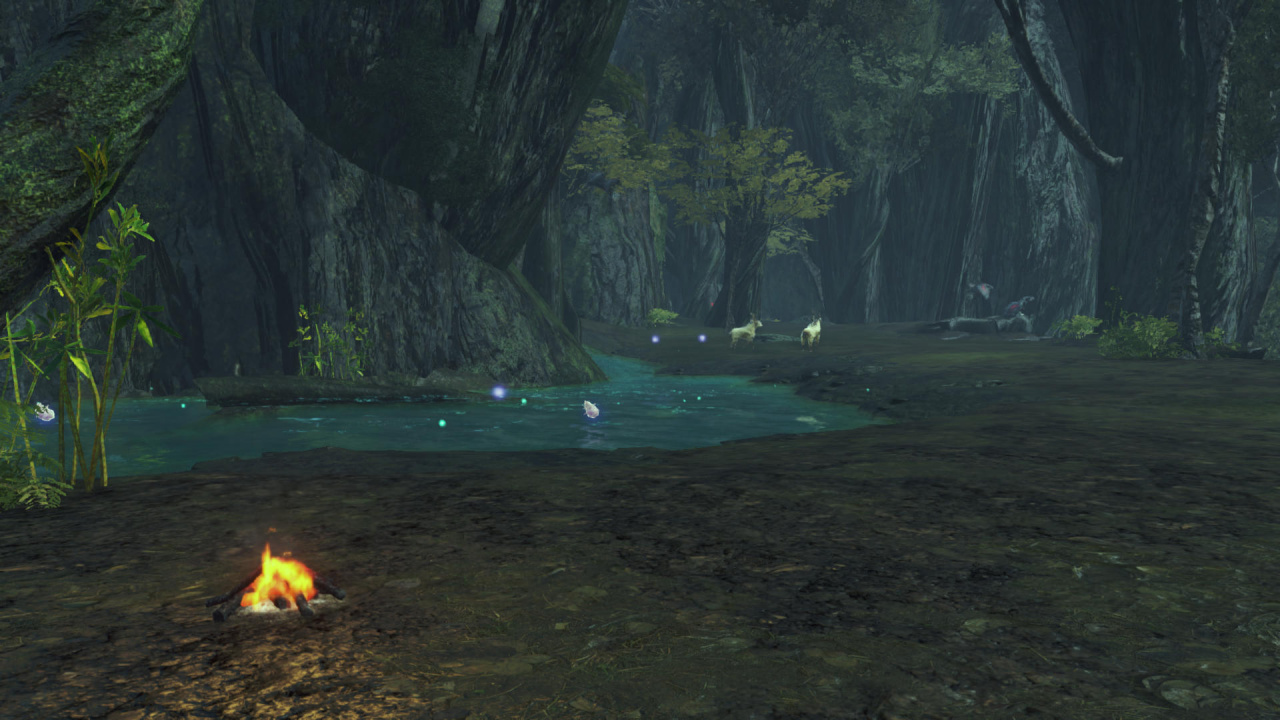 This massive forest filled with flora is Xenoblade Chronicles 3’s Maktha Wildwood. The fruits that grow here are famously sublime, so make sure to pick some to sample on your travels.

Well, there's a portmanteau there. We've already mentioned Makna Forest for the previous new place, but this one looks even more like the aforementioned dinosaur-laden area from Xenoblade Chronicles. Plus the first three letters are right there in the name! The last three, well, we're back at that Xenoblade Chronicles 2 area. And there are more buildings — you can't hide them from us.

If we had to guess, we'd say that the Great Cotte Falls and Maktha Wildwood are right next to each other, or even interlinked. There are too many similarities between the two, though there are a lot more shaded areas in the Wildwood.

Phew, we should make this a regular feature until Xenoblade Chronicles 3 launches. A tour around Keves and Agnus? Why not! Though we're going to run out of adjectives to describe these places if Nintendo keep this up. Every single location just looks stunning.