Last night, Microsoft announced that Halo Infinite has been played by more than 20 million people since its surprise release last November. In other words, at any given moment, up to 20 million people (or more!) are engaged in roiling debate over some aspect of how developer 343 Industries runs its hit game. This week, it’s price tags.

Halo Infinite, a free-to-play multiplayer shooter, supplants its income the way most every free-to-play multiplayer shooter does: through microtransactions. You can buy the premium version of its 100-level battle pass. You can buy cosmetics through an in-game store. And you can buy single-use items that speed up your progression through the battle pass. Mind, you don’t buy this stuff directly. First, you have to purchase in-game currency called credits, which currently lists at a base rate of $10 for 1,000. (If you subscribe to Xbox Game Pass, you get a minor discount.)

Earlier this month, 343 Industries announced sweeping changes for Infinite’s multiplayer store. Last week, indeed, item prices dropped across the board, with bundles topping out at 1,200 credits (from a prior peak of 2,000). This week, the plan was to finally make items available piecemeal, a change that went live yesterday afternoon. Up for grabs this week, you’ll find:
A lot of the ire, as seen in responses to the Halo Twitter feed’s official announcement, is directed at the price of the helmet. “This week is actual trash,” one player wrote, explicitly calling out the firefall helmet’s price tag. “It really feels like you guys are just trying to see how much you can get away with and what the community can tolerate,” said another, pointing out how the helmet doesn’t come with any attachments.

On the other hand, you have someone saying that folks would easily pay as much for a single beverage from their local Starbucks.

Elsewhere, as in response to a question raised by a prescient—though not flawless—Halo datamining account, people’s takes seem a bit more measured, describing the changes with words like “fine,” “better,” and “reasonable.” Many players appear to have their hopes raised by a fan-made graphic that’s made the rounds, showing cosmetics being offered at far lower prices than anything 343 Industries has thus far allowed (armor sets for 600 credits, weapon skins for 100 credits, and so on). But the general sense is that the pricing changes 343 did make are a step forward for an ever-evolving game whose developers have continually shown a willingness to listen to feedback and implement changes.

In a statement to Kotaku, 343 Industries head of design Jerry Hook called this week’s changes “experiments,” intended to help clarify “what is working and what’s not,” and said the studio will continue to make adjustments as needed over the remainder of Halo Infinite’s first season, currently scheduled to wrap up on May 2.

The store still has issues beyond raw prices, however. Some players expressed surprise at how exactly 343 Industries chose to decouple individual items from bundles. It uh, doesn’t work like you’d probably want it to.

Ideally, for example, let’s say 343 puts a “Master Chief Rules” bundle up for sale. (Yes, I just made that up.) You could get the helmet for 500 credits, some shoulder pads for 250, a chest plate for 250, and a Spartan Green armor coating for 200. Or, you could nab the whole thing for 1,000. Sensible, right? But that’s not currently the way it works. Solo items are only sold solo, and bundled items are only sold with bundles. Right now, if you want just a single item from a bundle, you gotta buy the entire bundle.

“Right now, our focus is to provide a better blend of individual items and bundles to meet the short-term goal of better options for players to get the customization they would like without having to buy only bundles,” said Hook, but noted that 343 is currently fine-tuning changes in regards to the relisting of older bundles. Some will go back on sale, presumably with price tags reflective of the newer standard. Others will be broken up into individual pieces.

And in case you were wondering, yes, Hook confirmed those snazzy cat ears will indeed make some form of comeback. I know you were worried there for a minute. 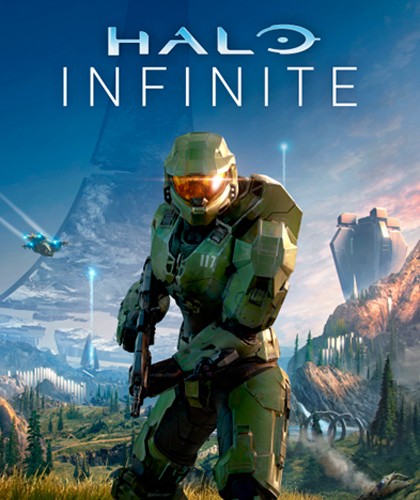