The Last of Us: Part I's Out of Stock PS5 Firefly Edition Fetching $450 on eBay 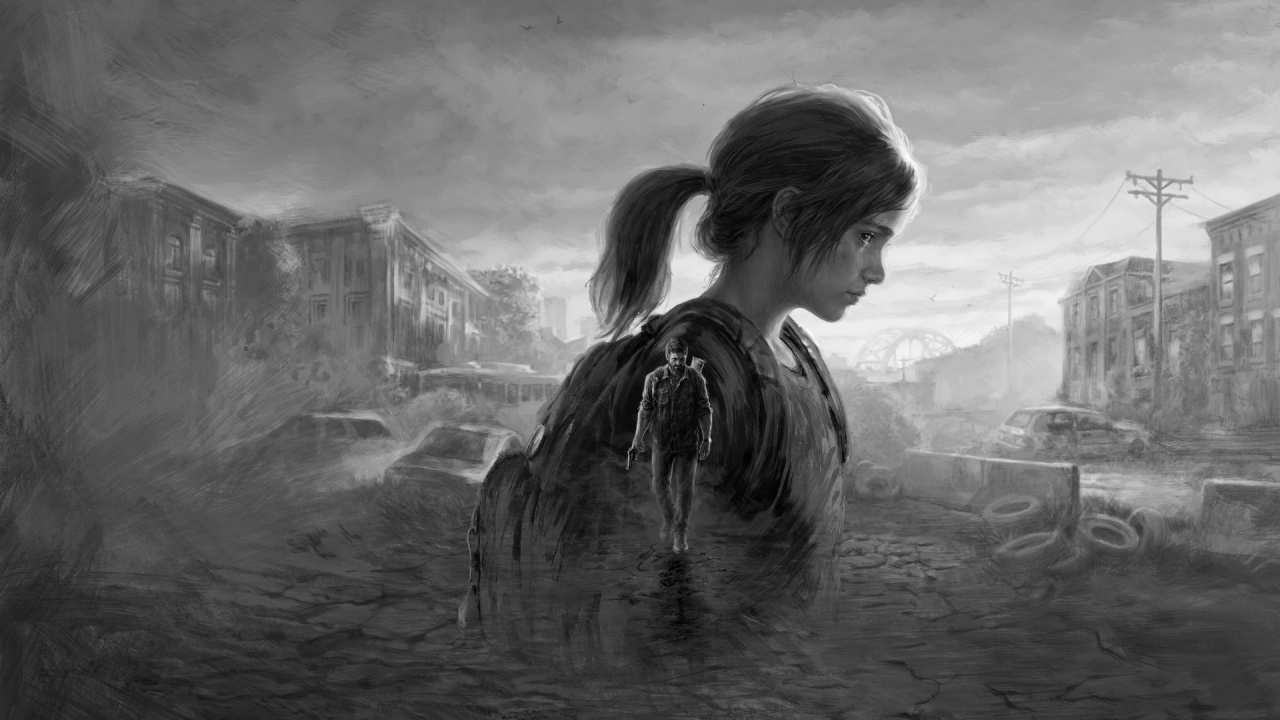 Resellers are trying to flog The Last of Us: Part I’s out of stock Firefly Edition for up to $450 on eBay, as fans scramble to get their hands on the limited physical release. The collectible bundle, which is a PlayStation Direct exclusive in the US and is supposed to retail for $99.99, includes a steelbook case and four issues of The Last of Us: American Dreams comic book with alternative cover art. 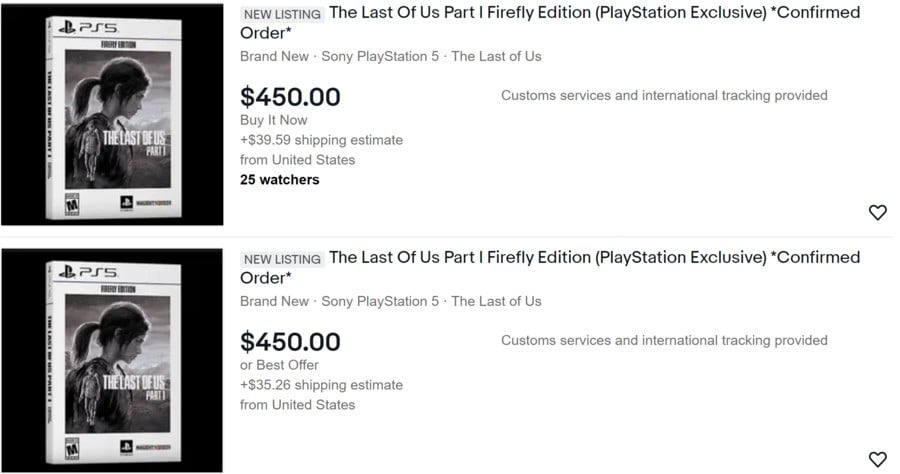 You’ll also get early access to a bunch of in-game items courtesy of a digital code, including increased healing and crafting speed. Other immediate unlocks include a new Dither Punk graphics filter and a Spreedrun Mode. It’s worth noting that none of these features, including six weapons skins, are exclusive to the Firefly Edition, and can be unlocked through normal gameplay in the standard release.


The role of resellers, or scalpers as they’re more commonly known, has been put into sharp focus of late due to the PS5’s stock issues. One of Sony’s solutions was to start its own direct point of sale storefront, but it seems like even its exclusive collector’s editions aren’t exempt from the problem. Hopefully it makes more Firefly Editions available soon, rendering these eBay auctions irrelevant. The Last of Us: Part I Could Be Almost Double the File...

The Last of Us: Part I's Out of Stock PS5 Firefly Editi...

The Last of Us: Part I PS5 Trailer Gives Us Our First T...