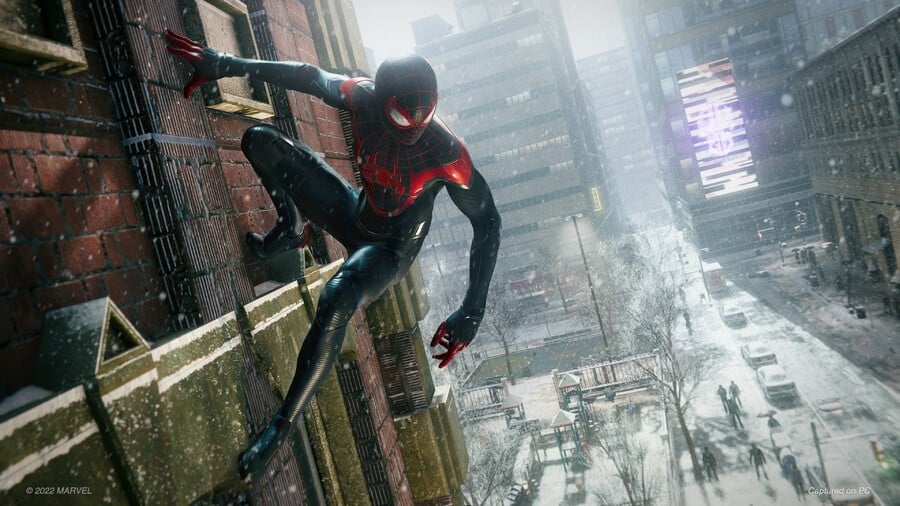 Marvel's Spider-Man: Miles Morales is currently the tenth best-selling game on Steam after a peak of more than 13,500 PC users played the game at any one time during its opening weekend. This marks a huge improvement over Sony's previous PC release Sackboy: A Big Adventure, which could only pull in 610 players during its release. And three weeks later, the game still hasn't pulled in more users than that at any one time.

The latest stats make Miles Morales the third most popular PC release from Sony in 2022, behind God of War and Marvel's Spider-Man: Remastered. It just managed to beat the Uncharted: Legacy of Thieves Collection by a few thousand users.

As of 21st November 2022, Sony's PC ports have recorded the following highest concurrent number of players:

Looking ahead, The Last of Us: Part I will be making its way to the personal computer, and a Returnal PC port is a certainty. Did you play Miles Morales on PC this past weekend? Marvel's Spider-Man: Miles Morales Crawls onto PC in No...