Spelunky 2 is out now on Xbox Series X|S, Xbox One, and Windows 10! It’s also launching with Xbox Game Pass and PC Game Pass, so it’s the perfect time to play the sequel to the classic roguelike platformer that has delighted and frustrated so many players over the years. When the original Spelunky came out on Xbox 360 nearly 10 years ago, most game players had no idea what a roguelike was… and those that did thought of them only as turn-based dungeon crawlers. Through Spelunky, we were able to show people that the “roguelike formula” could be applied to other genres in a compelling way! 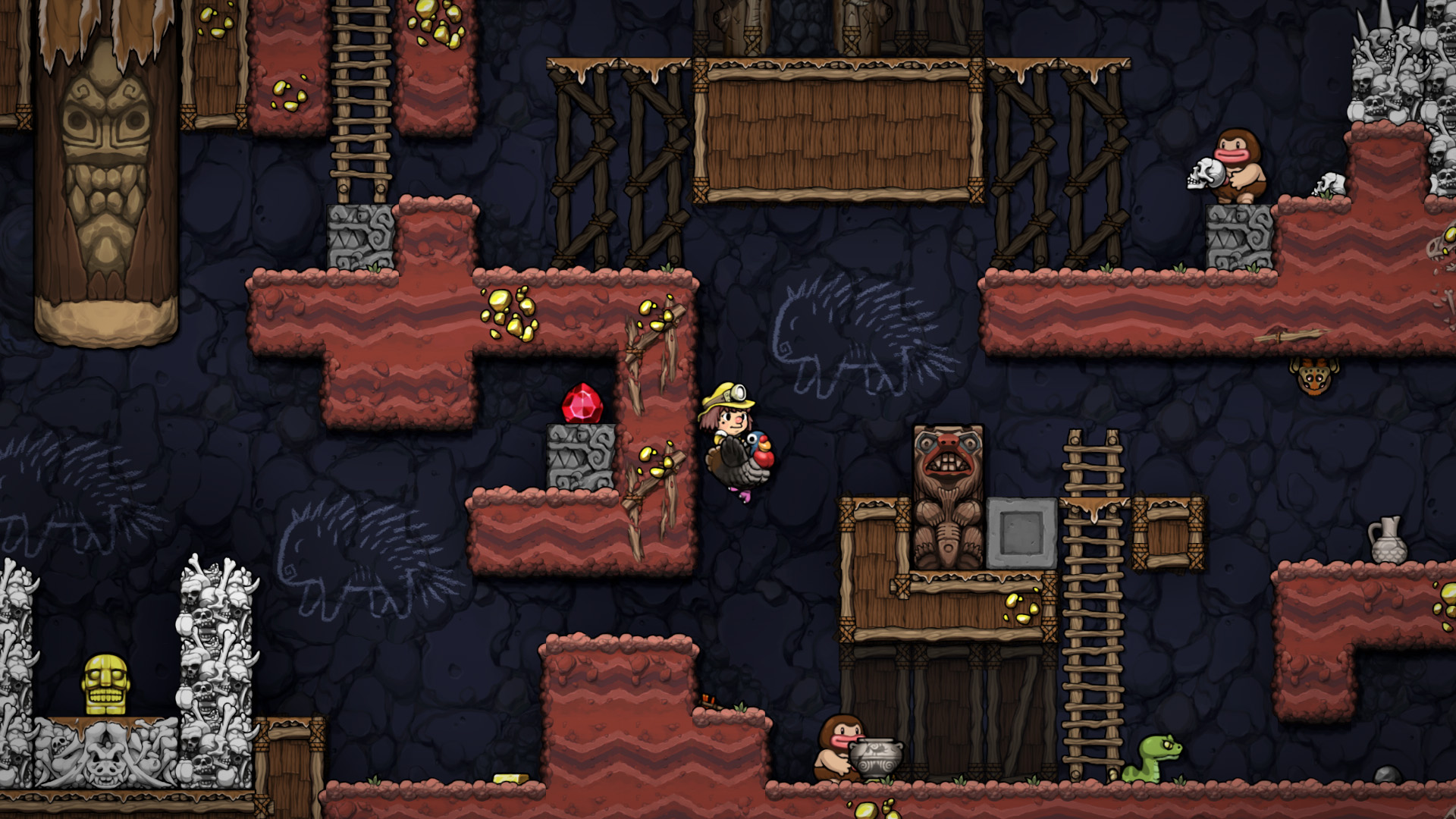 These days, there are lots of great roguelike-style games in almost any genre you can imagine. But I think Spelunky is still quite unique. For example, not many roguelikes let you blow up an entire level filled with treasure, get relentlessly pursued by angry shopkeepers you stole from, or become the “ball” in a game of catch between two yetis. None of which is scripted, by the way! With Spelunky 2, I wanted to expand on those unique interactive elements and create even wilder, more dynamic possibilities. Among other things, you’ll be able to ride mounts, navigate dynamic liquid physics, and encounter strange new characters that you can choose to help or hinder.


If you like difficult games, Spelunky 2 definitely has challenge in spades, but I always say that it’s just a backdrop for player creativity and exploration. A run in Spelunky 2 isn’t just another opportunity to reach the end, it’s also an opportunity to try new strategies, new items, and new routes (one thing that Spelunky 2 adds to the original formula is branching paths). You’ll also have to adapt to the new version of the world that’s been created for you by the random level generator. Because sometimes a plasma cannon appears in a crate on the first level and you just have to go with that flow! There are so many ways to play the game, too. Do you enjoy cooperative play? Co-op mode is chaotic fun that offers plenty of chances to talk, plan, and then accidentally (?) knock your partners into deadly traps. But the ability to literally carry your friends and revive them in later levels means that players of all ages and experience levels can have fun together. You can also go head-to-head in the Arena, via our Deathmatch and Hold the Idol modes, and experience the mechanics of Spelunky 2 in a platform fighting game! All of our multiplayer modes accommodate up to 4 players and can be played locally or online.


From all of us on the team: we’re excited to be bringing Spelunky 2 to you on Xbox. Over the years, the series has built up a wonderful and supportive community of players who enjoy exploring the many nooks and crannies of the games, surprising even us, the developers, with what they’ve discovered – some of these exploits have even made their way back into the sequel. We can’t wait for you to join them and start telling your own story, especially now that Spelunky 2 is available with Xbox Game Pass and PC Game Pass! Happy Spelunky-ing.

Spelunky 1 And 2 Are Both Coming To Nintendo Switch

Spelunky 2 is getting an update to tone down the traps...