Snoop Dogg comes to Call of Duty with, like, a million weed references 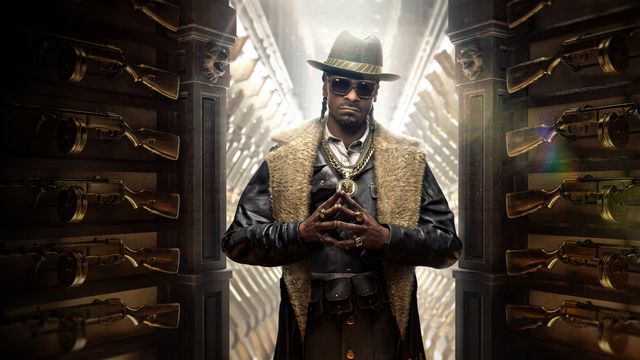 Rapper and marijuana enjoyer Snoop Dogg joins Call of Duty: Vanguard and Call of Duty: Warzone today, on this 4/20 Eve, letting players shoot it out (and smoke it up) as Tha Doggfather — if they’re willing to pay the cost to be da boss, that is.


Call of Duty’s new Tracer Pack, the Snoop Dogg Operator Bundle, brings the man lesser known as Calvin Broadus, Jr. to both Vanguard and Warzone as a new Operator. The Snoop Dogg Operator comes with its own voice lines and progression path, through which players can unlock “several XP and PPSH-41 Weapon XP rewards, as well as two Sprays, two Operator Quips, a Calling Card, a Sticker, an Emblem, a Weapon Charm, a Vanguard-exclusive Killcam Vanity, and four alternate Operator outfits. Two of these threads — the gold-trimmed ‘VIP’ and the iced-out Diamond ‘Tha Doggfather’ — are unlocked at max level (20).”


More importantly, for the Call of Duty fan who likes a good weed reference, Snoop Dogg and his Operator bundle are positively sticky with allusions to the fact that the rapper frequently partakes. Snoop has a weapon blueprint known as the Bong Ripper sniper rifle, a weed-covered gun with nugs in the magazine, as well as an assault rifle called West Coast Bling and an SMG called Tha Shiznit. Every weapon comes with “Green Weed Tracer Rounds,” and their muzzle flashes even look like a green pot leaf! Snoop’s spray, charm, and emblem are similar pot leaf-referential, plus he’s hitting (and sharing!) a blunt in his highlight intro, MVP highlight, and “Finishizzle Movizzle” finishing move. Absolutely nothing is safe from weed references when Snoop’s in the house.


The Snoop Dogg Operator Bundle will set players back 2,400 COD Points, which cost $19.99 in real-world money.