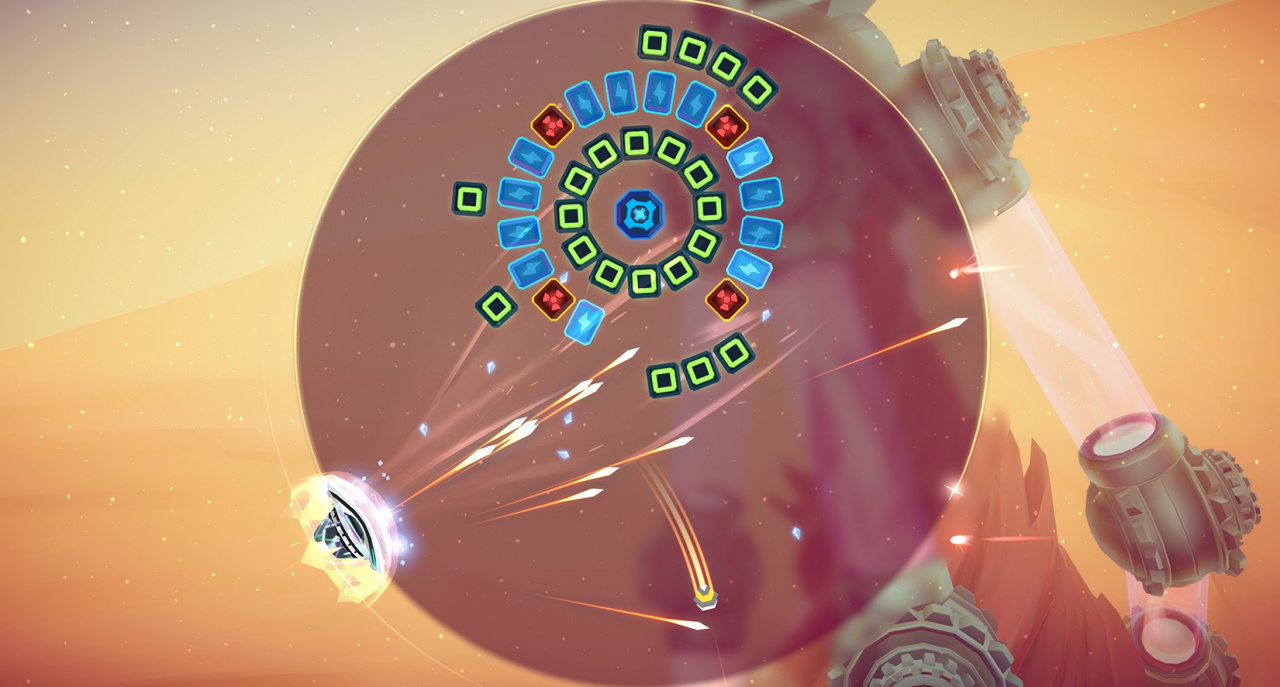 Some re-releases and remasters pop up as a bit of a surprise, and we're pretty sure that Shatter Remastered Deluxe falls into that category. Originally released on PlayStation 3, PC and mobile back in 2009, it was a high energy take on the classic 'Breakout' formula, and well received at the time. Over a decade later it's making a return, with Switch among the platforms set to get the game later this year.

It looks pretty darn fun, too, as modern approaches to iconic game styles can certainly serve up compulsive play and plenty of style. This updated version will have updated visuals and improved audio quality, and will be just $9.99USD (with regional equivalents) when it arrives.

Master mind-bending physics to manipulate and bounce balls at increasingly complex geometric structures, destroying bricks with intuitive controls fine tuned for console, Mac and PC. Take advantage of the unique “Suck and Blow” mechanic to control the angle of each ball’s trajectory for precision attacks. Grab essential powerups like the Unstoppaball and Maneuveraball to deliver maximum damage.

Work your way through 71 levels of intense action that present unique challenges as you progress. Whilst navigating 10 distinct worlds, you will line up precision shots in an attempt to win insane boss battles, which will require you to collect Shards and unleash the powerful Shardstorm. A thumping original soundtrack from acclaimed producer Module, keeps you in the zone and deepens the already immersive experience.