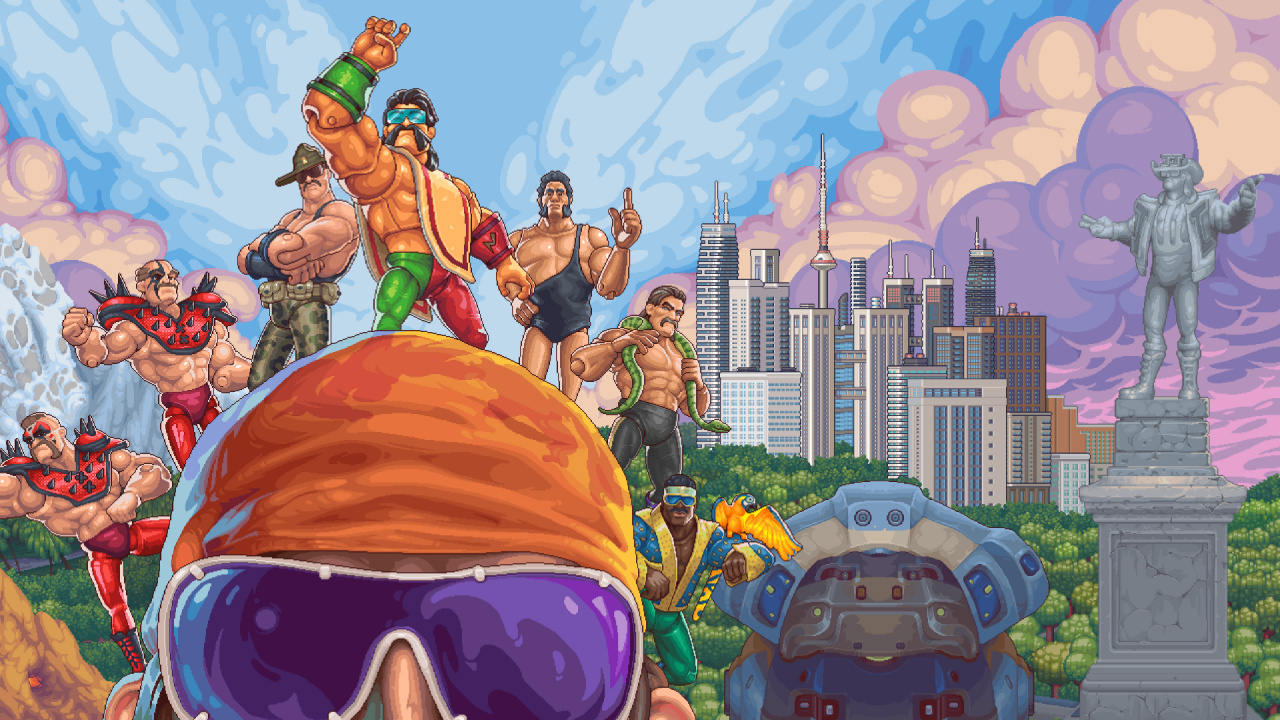 WrestleQuest looks to be an entirely different take on the world of pro wrestling. This upcoming title from developer Mega Cat Studios is like a traditional RPG, but it swaps out monsters, armour, and swords for wrestlers, colourful outfits, and folding chairs.


You play a classic zero to hero role, starting as a rookie and gradually turning into the ultimate champ. The game is structured like an old school RPG with a big world to explore and turn-based battles in the ring, with everything themed after pro wrestling. The above trailer highlights how combat will play out when you're in the arena — your party will attack in turn, able to use tag team moves, slowly building up a Hype meter that lets you unleash more powerful abilities. To secure the win, you need to successfully pin your opponent.


You'll be able to customise your wrestler's moveset, outfit, and even their walk-on sequence. It all just looks like a good laugh, and we suspect wrestling fans will get a good kick out of it.


WrestleQuest is coming to PS5 and PS4, though there doesn't appear to be a release date just yet. Are you excited for it?