Pre-Order Pokémon Legends: Arceus At Amazon UK To Get A SteelBook And Poké Ball Replica 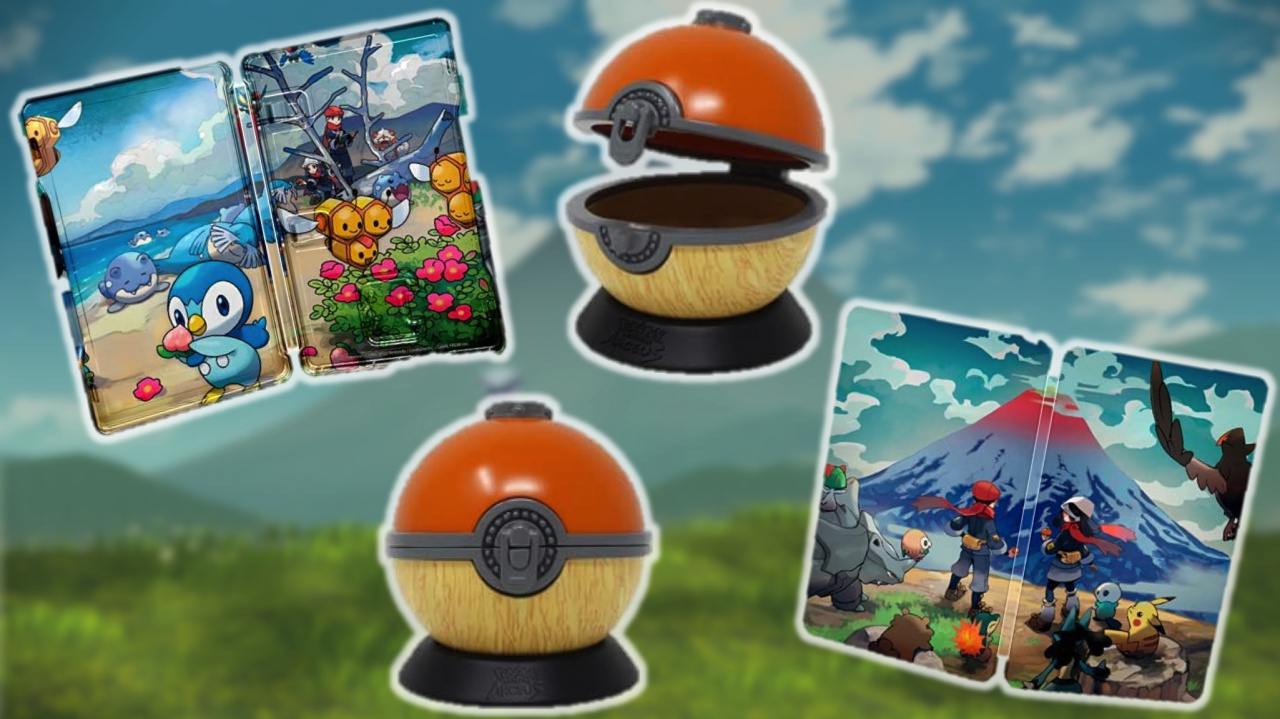 The best pre-order bonus yet?

If you're wanting to get your hands on a Pokémon Legends: Arceus pre-order ahead of the game's upcoming release, you might want to consider this new bundle from Amazon UK.

The retailer has updated its listing of the game to include a SteelBook case and a special Poké Ball replica based upon the ancient ball design seen in the game. The ball is listed as a 'Poké Ball Cartridge', and while it probably (definitely) won't fit inside your Switch's cart slot, we're assuming that means it might double up as a cartridge holder.

It's available for the standard RRP of £49.99 and can be picked up below.

There are several other pre-order options available, too, including copies of the game without any extra goodies for a little cheaper, or a similar bundle that includes the SteelBook and an Arceus figurine.

The game launches on 28th January 2022. Will you be getting a pre-order in? Pokémon Legends: Arceus Is Clearly Not Going To Be Open...