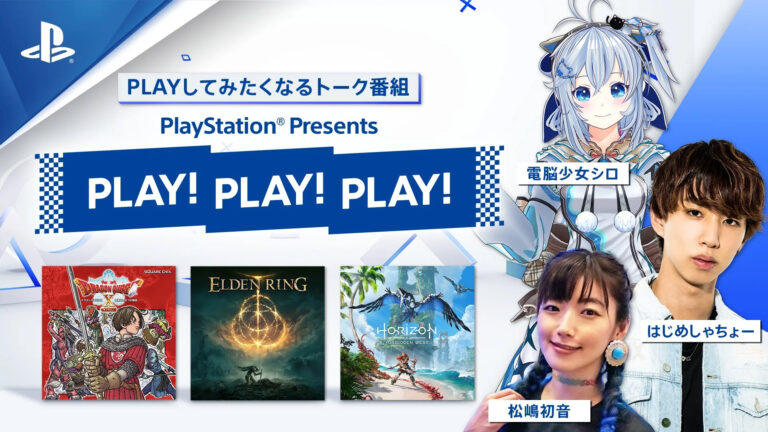 Cast your mind back a year or so and you may remember Japanese streamers and YouTubers being some of the first in the world to see the PlayStation 5 console and selection of launch games in the flesh, and then post hands on videos about them. It was a fun little way of showing the system off, and now Sony is doing a similar sort of thing again this month under the "Play! Play! Play!" branding. It's a showcase with the likes of Elden Ring, Dragon Quest X Offline, and Horizon Forbidden West appearing.

The upcoming FromSoftware title won't be showing anything new, but VTuber Dennou Shojo Siro will have "a deep discussion" about the game with host Hatsune Matsushima. Dragon Quest X Offline will share the first glimpse of gameplay, and Horizon Forbidden West will do the same as Elden Ring — unveil previously confirmed elements and gameplay clips to a Japanese audience.