Following the outstanding Persona 5 and Persona 5 Royal in 2017 and 2020 respectively, we were ecstatic to dive back into the world of the Phantom Thieves in an all new adventure. Persona 5 Strikers gave us pause when it was first announced since it deviated away from the turn-based combat and social simulation elements that have proven so integral to the series, but the finished product delivered a worthy follow-up journey starring our favorite cast of Metaverse-infiltrating heart stealers.

Now that we're more than a month following the game's acclaimed release, we caught up with Atlus producer Daisuke Kanada and Koei Tecmo director Kazutoshi Sekiguchi to learn about how the collaboration came to be, how the team remained authentic to the Persona 5 characters and stories, and what the themes of trauma throughout the story say about the way people intend to live their lives.

How did this project come to exist? Did Omega Force approach Atlus or was it the other way around?

Daisuke Kanada: Omega Force reached out to us first. As you're aware, Omega Force has already done numerous other collab titles, and I'd always felt they were all very high quality. As such, receiving the offer was a big honor, and truthfully also a big surprise.

Kazutoshi Sekiguchi: We have many fans of the Persona series in our studio, even including our CEO, Kou Shibusawa, so we approached Atlus with genuine enthusiasm. At first, we initially pitched the idea of doing a Musou-type game featuring a cast of past characters from the series, which we often do for collab titles, but after many discussions about what Persona fans might enjoy the most, we ultimately decided to create a sequel to P5. 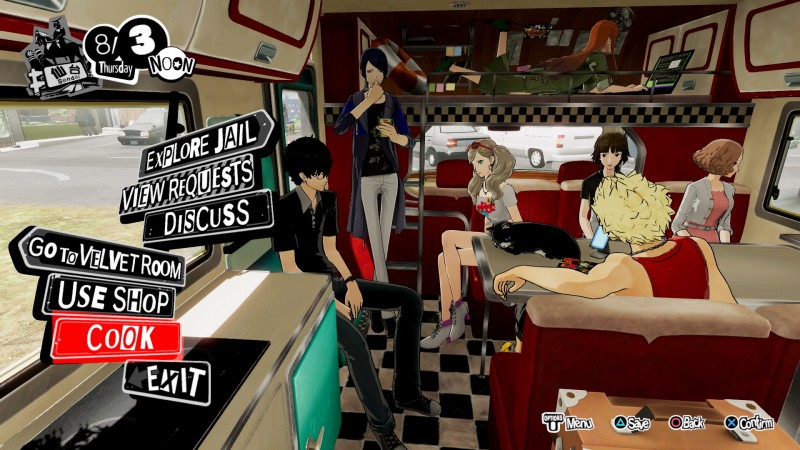 Persona 5 Strikers announcement trailer is back up and...