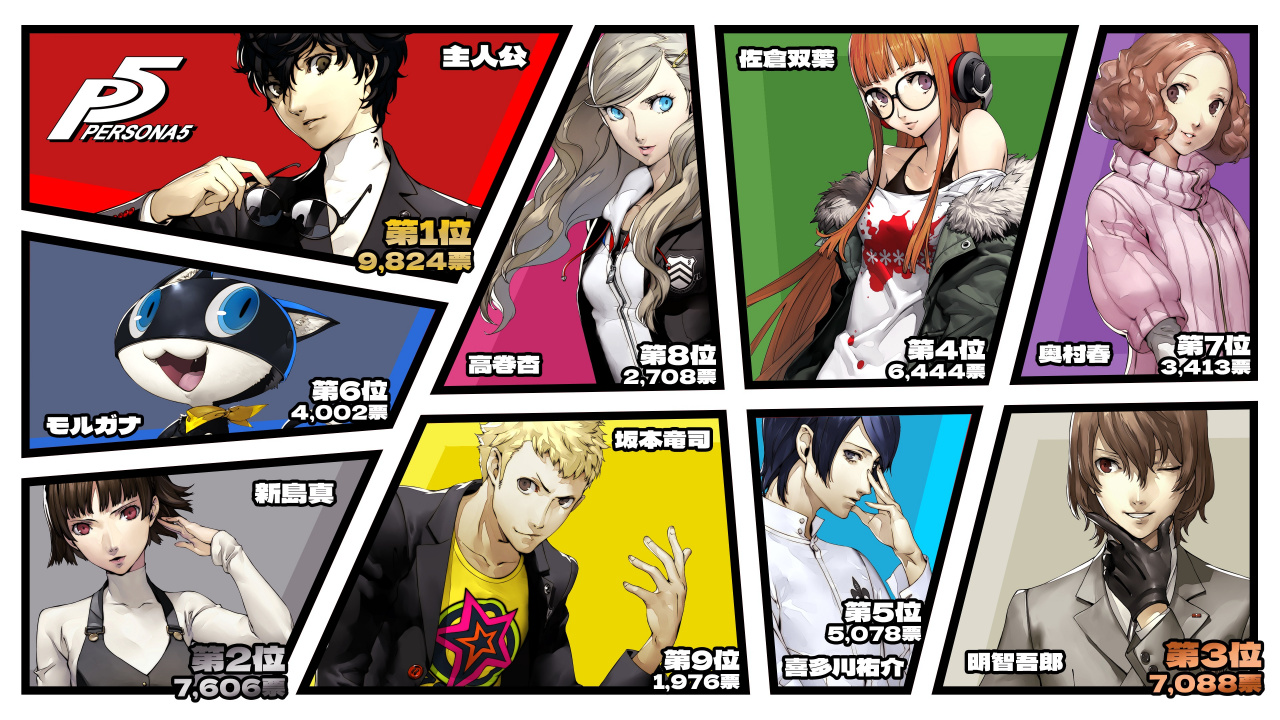 The protagonist of Persona 5 has been voted the RPG's best character in Japan as the game marks its fifth anniversary since release. Named Joker in the metaverse and Ren Amamiya in the animated TV series, the game lets you choose your own title. As such, Persona 5's main character is the overall winner following more than 48,000 votes in Japan.

A breakdown of the votes is as follows:

Considering both Ann and Ryuji are your closest friends during the school term, it's somewhat surprising to see them both propping up the list as the bottom two. It's worth noting the votes are based on the original Persona 5 rather than Persona 5 Royal, so Kasumi wasn't considered. The vote also proves Japan still has a bit of an obsession with Goro Akechi; the country loves its edgier characters.

The game's fifth anniversary was on Wednesday as it was originally released in Japan for PlayStation 4 and PS3 on 15th September 2016. Western audiences had to wait another seven months before getting their hands on it, but many of the characters listed above resonated with European and US players too. Atlus celebrated the five years since that first launch with some new artwork. What are your favourite Persona 5 characters? Share your own ranking in the comments below. Persona 5 Strikers has a lot of Persona DNA