Persona 3, 4, and 5 are also coming to PlayStation and Steam 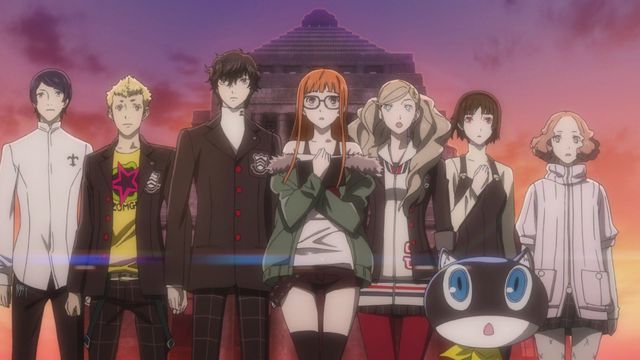 
Persona 5 Royal is currently playable on Sony’s latest console via PlayStation 4 backward compatibility. Persona 3 Portable was originally released for PSP, whereas Persona 4 Golden was a PlayStation Vita title. Golden has already come to Steam, but it’s the only mainline Persona game to do so, so this will be a PC first for both Portable and Royal.


There’s no mention of the Persona games coming to Nintendo Switch. The latest entry in Persona’s parent series, Shin Megami Tensei 5, is a Nintendo Switch exclusive, and Persona 5 protagonist Joker appeared as a DLC fighter in Super Smash Bros. Ultimate. If the Persona titles are eventually coming to the Switch, it’s possible that Nintendo could reveal some ports in its next, undated Nintendo Direct.


Persona 5 Royal is coming to Xbox and Game Pass on Oct. 21, with Persona 3 Portable and Persona 4 Golden coming sometime in 2023. Atlus didn’t reveal a release window for the PlayStation 5 and Steam versions of these games, and it’s currently unclear if Persona 5 Royal will launch first on Xbox or simultaneously on all three platforms this October. Three Legendary Persona Games Are Coming To Xbox And Ga...

Persona 4 Golden Gets its First Update on Steam

Persona 4 Golden Fashion Collection is a Great Blend of...