"It is not to aid the Ancients that this war is joined, but to destroy them both. This disunity must end."

Says it will send the suggestion to "other departments".

One of the most popular playable character requests for Super Smash Bros. over the years has been Ubisoft's Rayman.

While he's already been added to Nintendo's all-star brawler as a spirit and trophy, the chances of him joining as a playable character seem far less likely - especially now that Ubisoft isn't making much use of him, and considering the fact Sakurai only has a few slots remaining in the second Fighters Pass.

This hasn't stopped one fan, though, from requesting Ubisoft's beloved mascot. The New Zealand-based Smash fan - who goes by the name CallMeKorora on Twitter - sent off a letter to Nintendo of America last year - requesting Rayman in Smash, and surprisingly, Nintendo actually responded.

In short - while there's no clear "yes" or "no" line, the Nintendo representative was more than happy to forward the suggestion to the "other departments" within the company. Sure, it might not really pass the message on, but the letter itself is rather neat. It also included some free bookmarks! 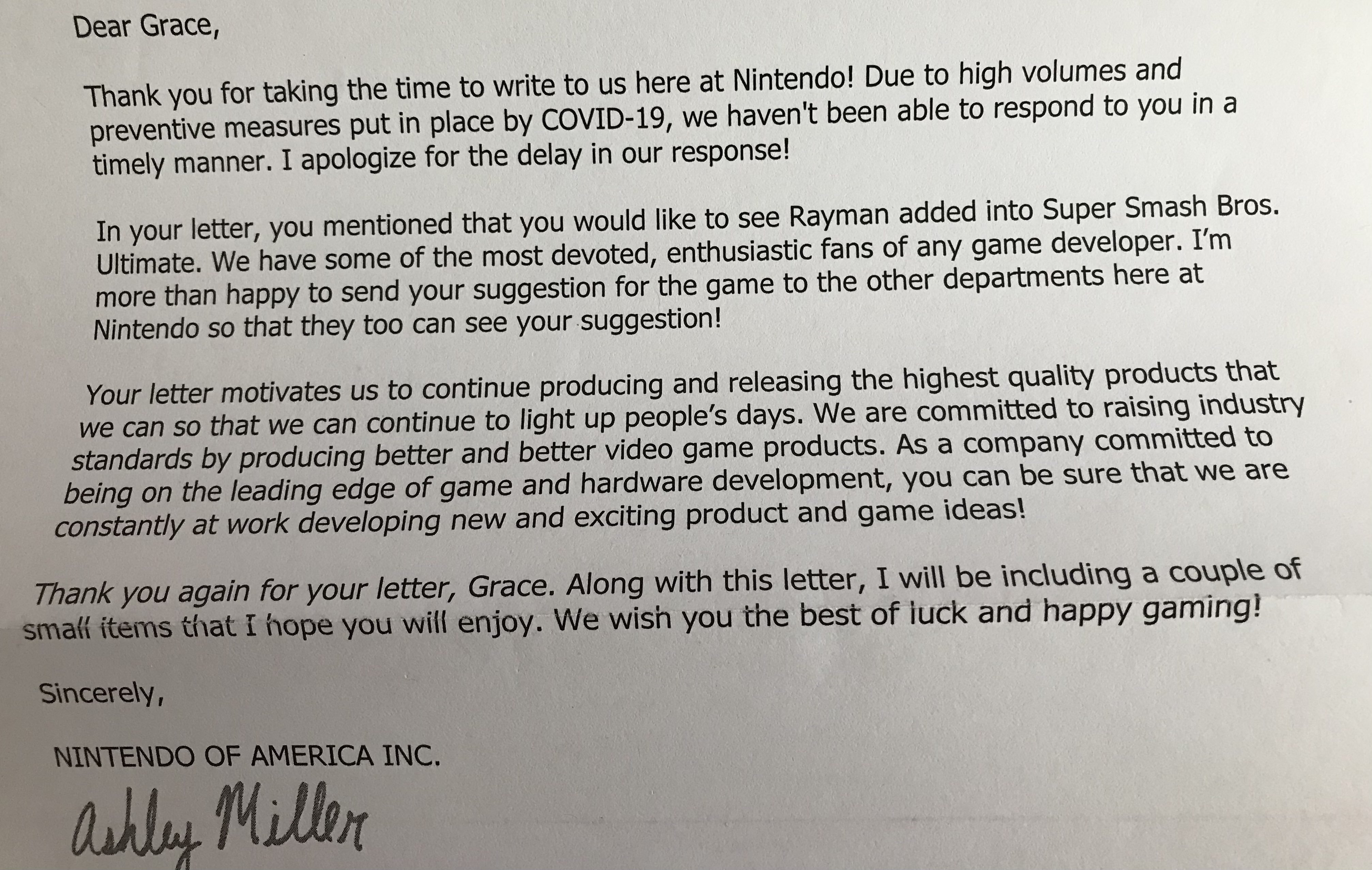 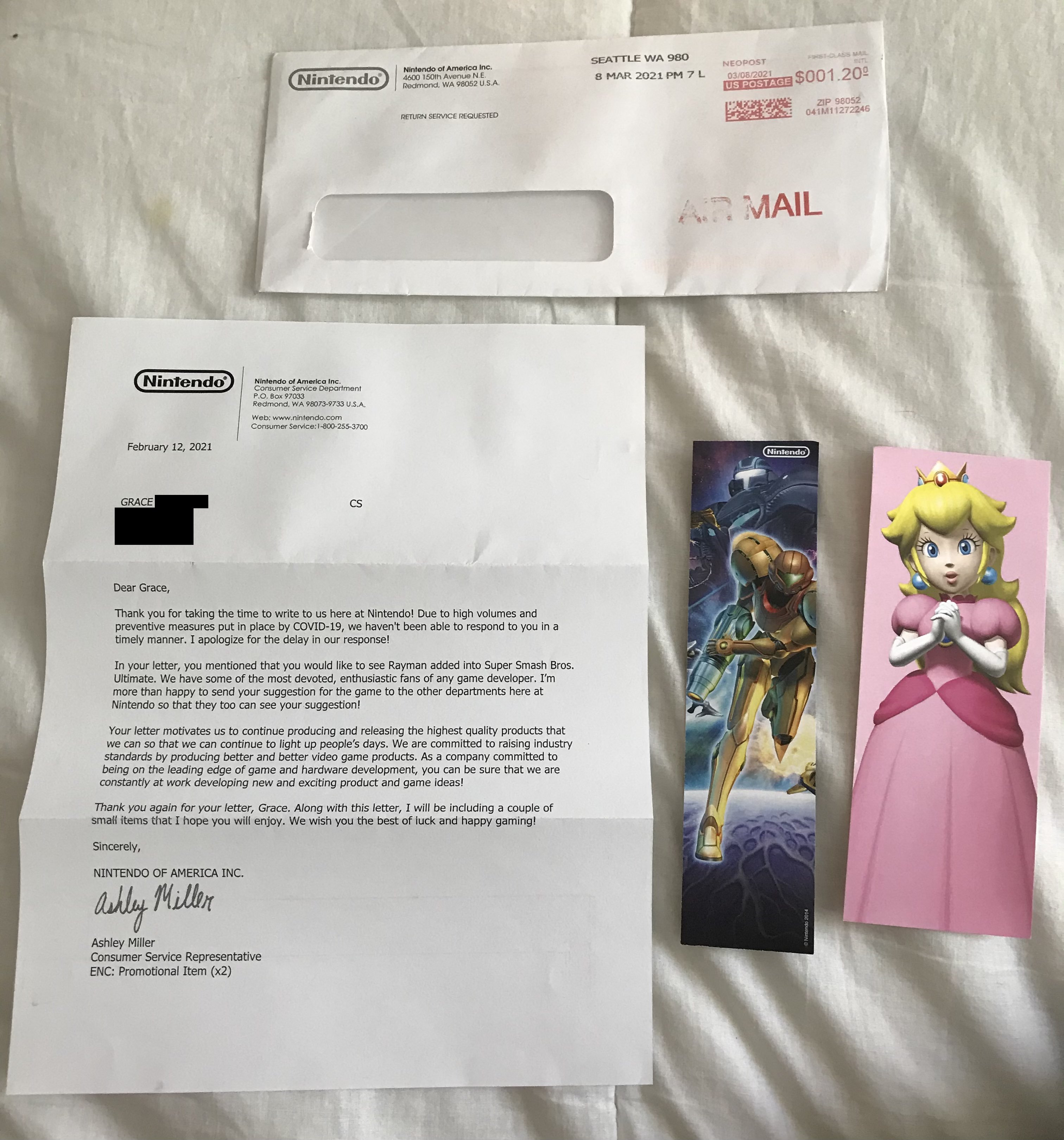 Would you like to see Rayman one day join Nintendo's famous fighting game series? This Week's Smash Bros. Spirit Board Event Calls On All...

Nintendo Actually Responded To A Fan Request Asking For...