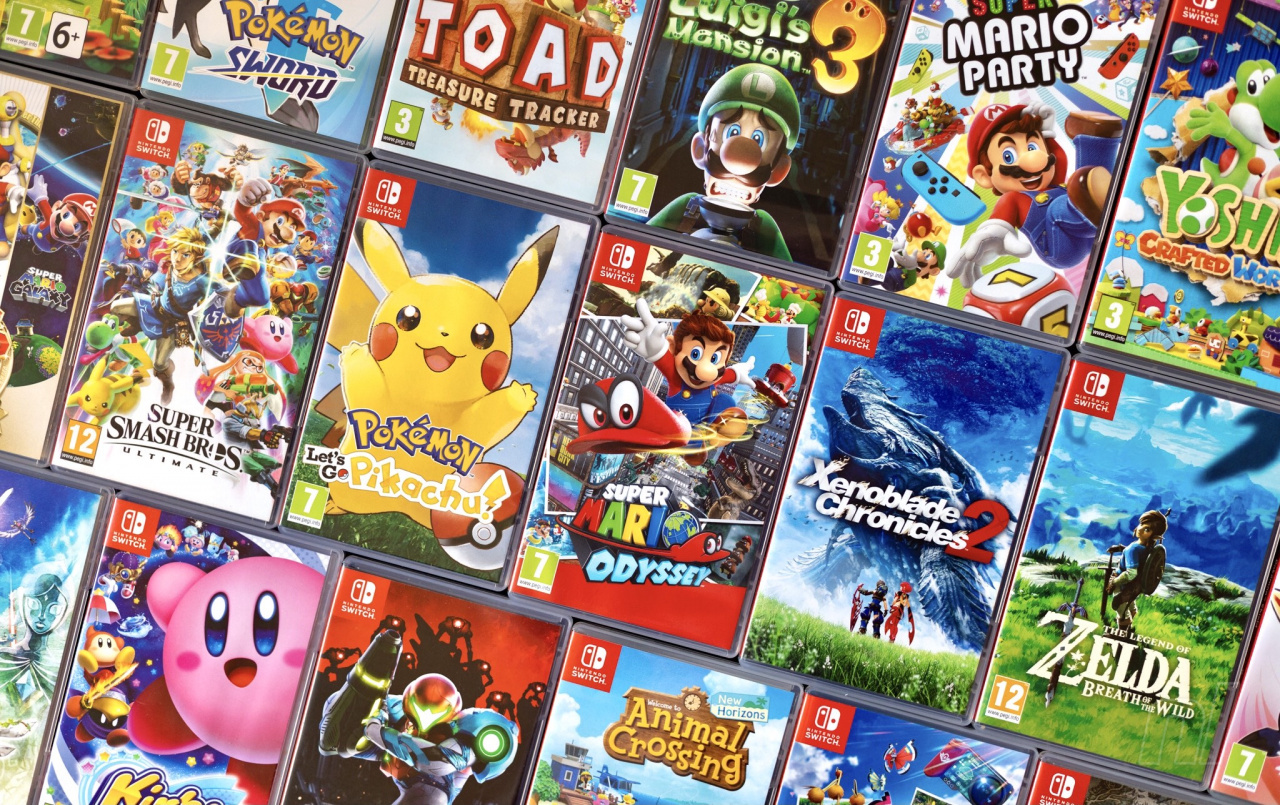 Tencent takes out the top spot.


Although Nintendo is forecasting a drop in profits and sales for the current financial year, its hardware and software are still selling like there's no tomorrow. The Switch has now sold more than 107 million units and software has surpassed 822 million units, as of March 31, 2022.


It should come as no surprise then that Nintendo has also recently ranked as one of the "top 10" video game companies in terms of game revenues for 2021. In a new report released by Newzoo (via GamesBeat), a graphic reveals how Nintendo made around $8.1 billion, an increase of 1.9% year-over-year. This puts it in 8th place, just behind Activision Blizzard. 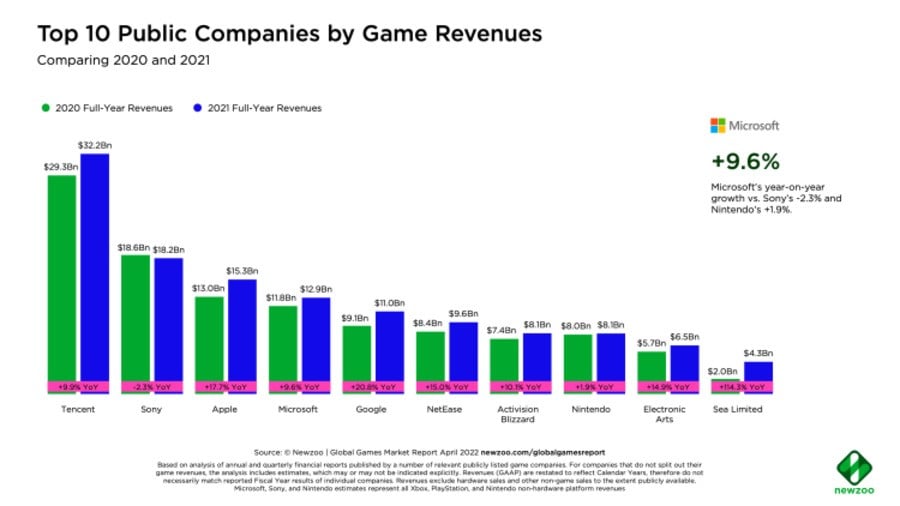 Taking out the top spot was the Chinese video game giant Tencent - banking more than $32 billion, and Sony was in second place with $18.2 billion. Companies like EA, Activision Blizzard, and Microsoft also showed a lot more growth compared to previous years. And collectively, the top 10 generated a total of $126 billion in 2021.


What do you think of the above graphic?