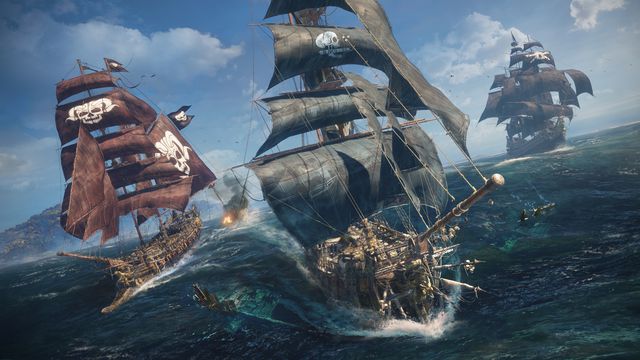 Ubisoft’s pirate ship game Skull & Bones has been rated by the Entertainment Software Rating Board (ESRB), suggesting it may finally be headed to digital and physical storefronts soon.


In a recent update to its website, the ESRB gave Skull & Bones a “M for Mature” rating for blood, strong language, suggestive themes, use of drugs, and violence. (It also states that Skull & Bones will have in-game purchases of some kind). Its rating summary described a variety of missions that players will go on, and mentioned features like boarding other boats and making deliveries.


The game is currently slated to release by the end of Ubisoft’s 2023 fiscal year — which means before March 31, 2023 — and this ESRB rating suggests Skull & Bones might actually hit that window. Considering the game has been in development for at least five years now, this ESRB rating is a signal that the game won’t be pushed past 2023 (or outright canceled).


Ubisoft originally announced and showed Skull & Bones at E3 2017. In 2018, Ubisoft announced a 2019 release window for the game, only to delay it to 2020 in May of its intended release year. Then the COVID-19 pandemic hit and the game dropped off the map, only to resurface earlier this year with a leaked gameplay video.


After all they’ve been through, being rated by the ESRB is about the best sign of life Skull & Bones fans could ask for. So while the game’s March 2023 release date isn’t set in stone, it seems likely that 2022 will be our last year to wonder why Skull & Bones isn’t out yet. Swashbuckling Pirate Sim Skull & Bones Is 'Not a Narrat...

Skull & Bones Finally Sets Sail for PS5 in November, a...