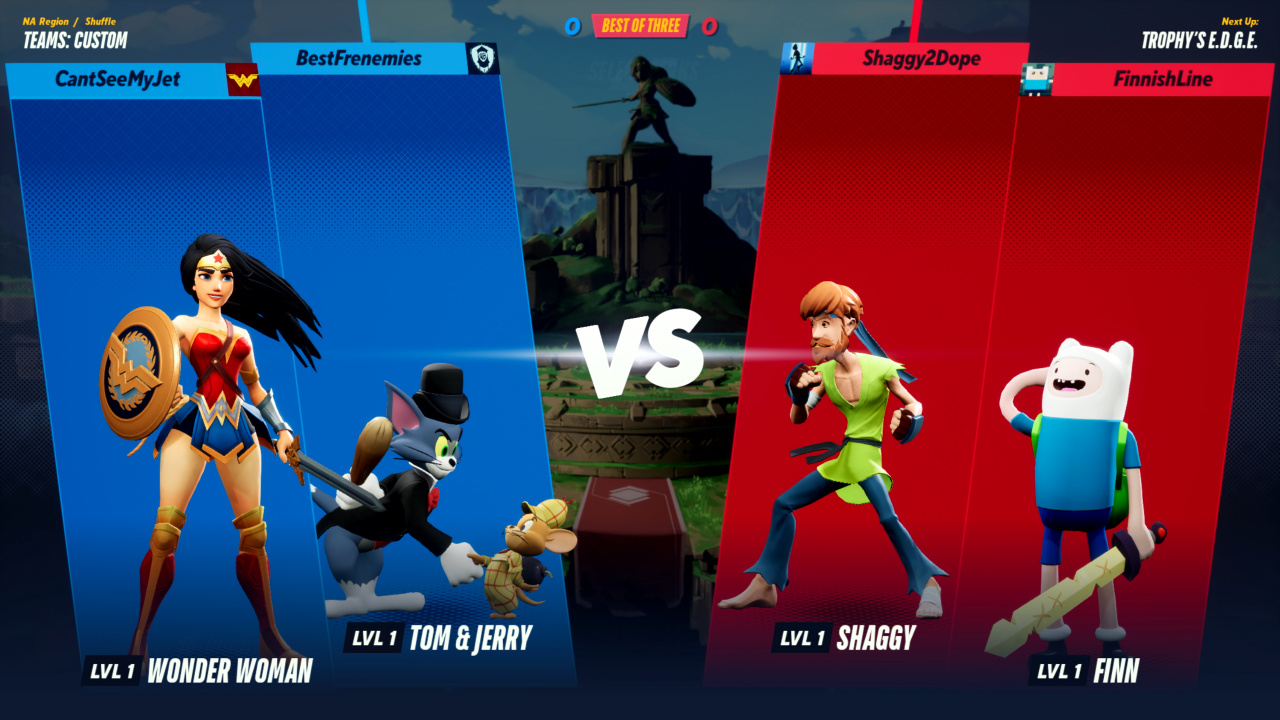 It's been a minute since we heard anything about MultiVersus, but WB Games has put it back on our radar with new gameplay and info. The free-to-play platform fighter, starring a varied range of characters including DC heroes and classic cartoons, will be getting a closed alpha test, playable on both PS5 and PS4.

The alpha will be invite only, so if you're at all interested in getting an advance look at the game, you'll need to sign up via the official website. It takes place from 19th to 27th May, and will give players the chance to try one mode — 2 vs. 2 — and a handful of fighters from the initial roster.

The playable characters within the alpha test will include Batman, Shaggy, Bugs Bunny, and Arya Stark, which is an incredible combination. Presumably there will be a couple of others in the alpha, and obviously the full game will have plenty more, like Tom & Jerry, Steven Universe, Finn and Jake, and Harley Quinn.

In addition to this news, the developer has published the above video, which shows two team members going up against a pair of pro players from previous technical tests. Speaking of pros, MultiVersus will be one of the games taking part in this year's EVO fighting game tournament.

It looks like scrappy good fun from what's shown in the video — we're looking forward to taking it for a spin. Multiversus is the new Brawler from WB Games