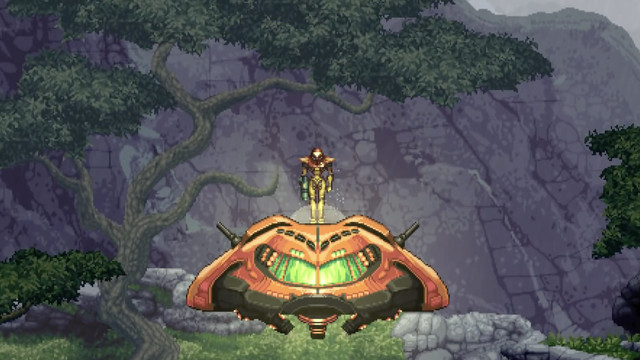 Retro Studios’ GameCube classic, Metroid Prime, is getting a fan-made 2D remake called Prime 2D. The effort, which has been going since 2004 and called Prime 2D, is being led by a group called Team SCU. While screenshots of the game went up as part of an April Fools’ Day joke, the demo is in fact real, according a forum post by the creators.

The remake is the result of many years of love. In 2017, the team behind Metroid Prime 2D shared, “While public progress has appeared stagnant for the last 5 years, there has actually been a tremendous amount of foundational work being done in private.” Now, those following finally get to see just what the team has been up to.

Metroid Prime is largely remembered by fans for how it translated a 2D franchise into a 3D first-person shooter. Prime 2D will attempt the inverse, remaking the GameCube shooter from the ground up as a sidescroller, according to a post from the developers. Instead of recreating it completely, the team is “focused on taking the core concepts, translating those, and then implementing them in a logical 2D solution.”

For what we’ve seen, the demo looks breathtaking. It sports painstakingly detailed pixel art alongside reimagined chiptune-esque musical themes based on the original score from Metroid Prime. It also brings back features from the original game like the Scan Visor — which examines the environment and shows players all kinds of world-building details — in a new 2D interpretation.

Metroid fans have long been clamoring for a new release, official or otherwise, to no avail. In 2017, Nintendo announced Metroid Prime 4 for Nintendo Switch. But Nintendo delayed the game in early 2019, when development progress on the game did not reach Nintendo’s standards for a Metroid sequel.

As for the fan-made releases like this one, the future doesn’t look so bright. Fans released AM2R: Another Metroid 2 Remake, a remake of Metroid 2: Return of Samus, in 2017. However, just a day later, attorneys for Nintendo filed a copyright claim and effectively shut AM2R down.

So while there are plenty of people excited for Prime 2D (over 14,000 people have download it already), it might not be long until the project is shut down.