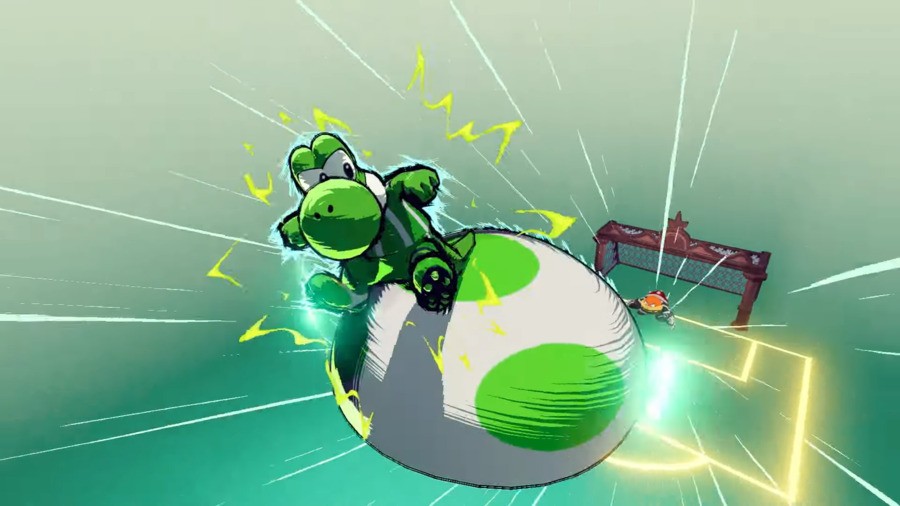 Nintendo and Next Level Games are aiming for more than a hat trick with the latest slew of Mario Strikers: Battle League videos. Nintendo has published four brand new commercials for its upcoming chaotic soccer game that showcase the frantic gameplay, Hyper Strikes, and all of your customisation options.

The latest entry in the Mario Strikers series — and the first in 15 years — launches on 10th June worldwide, so we'll be expecting more info over the coming weeks.

Let's have a little look at these new adverts, then!


The first two are pretty similar, showing off a range of different things — like big bananas, character animations, and Peach and Mario having a relaxing time before duking it out on the pitch. We're pretty sure Mario Strikers isn't a relaxing game, though!

The next two trailers have a bit more of a focus — looking at Hyper Strikes. Mario's fire-y kick and Yoshi's butt strike both get shown off, and you can spot other Hyper Strikes in all of the trailers.

The last trailer, below, shows how you can adjust your character's stats by customising and changing their gear. Whatever gear you put on changes your chosen character's appearance, too! We wouldn't want to mess with Peach in those huge boots. Nice colour, though.