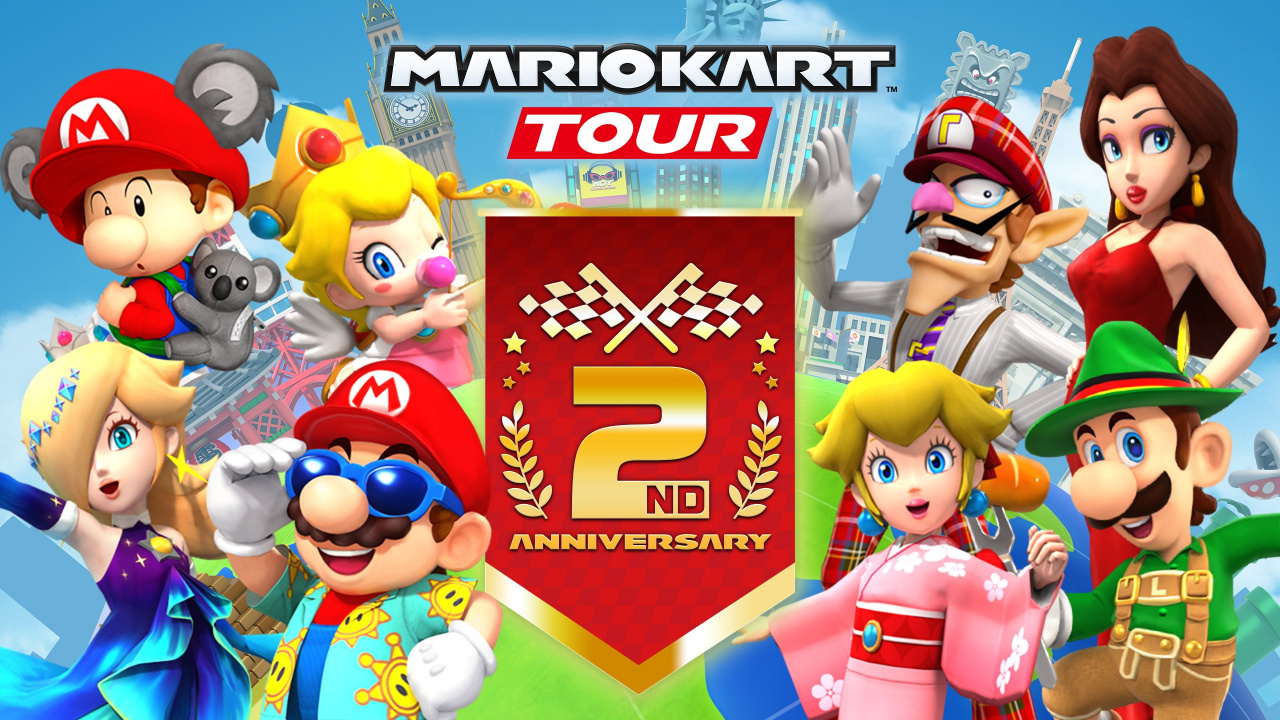 The Sydney tour has almost come to an end in Mario Kart Tour, and next up is a very special event to celebrate the two-year anniversary of the mobile racer.

Yes, that's right - MKT is almost two years old and Nintendo is planning on an eight-city race. Here's the promo artwork, which shows off previous character unlocks and some of the cities that can be expected.

The Sydney Tour is wrapping up in #MarioKartTour. Next up is the 2nd Anniversary Tour, which will have you racing through eight cities! pic.twitter.com/4Y32C0RbMF

Will you be participating in this upcoming event? Are you still playing Mario Kart Tour two years later?

Been Having Trouble Playing Mario Kart Tour On Android?...

Nintendo Is Adding A New Driver To Its Mobile Game Mari...

Nintendo Has Added Another GBA Course To Mario Kart Tou...