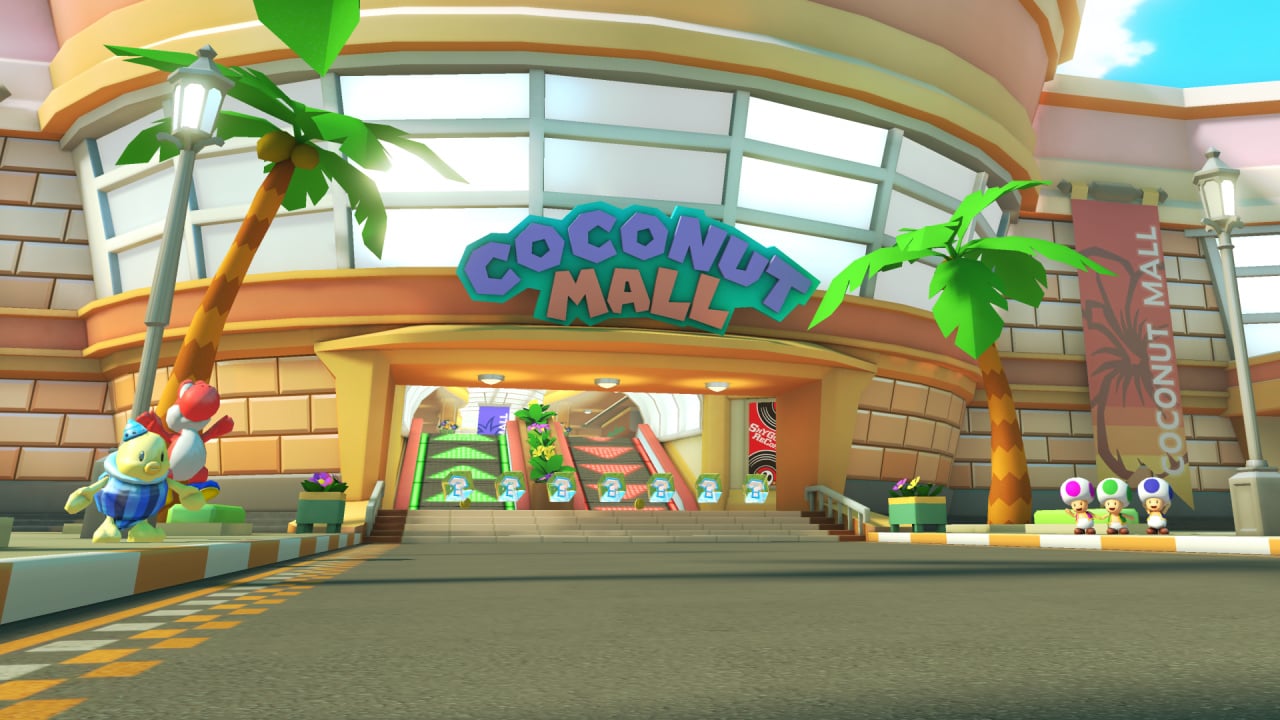 
The first batch of tracks from the Mario Kart 8 Booster Course Pack will be available in just a handful of hours, but it looks like some folks in the West have already got their hands on the DLC.


In a post on Twitter from @switchaswor, gameplay for the fan-favourite Wii course 'Coconut Mall' has been shown off, and we have to say, it's looking pretty nice!


they removed the fucking Miis

whats the point of playing coconut mall if I can't get run over by Barack Obama https://t.co/za6YrTa8pO

Everything looks present and correct from the original Wii version, however it looks like the cars on the last straight of the track don't move anymore, instead staying stationary in the road. Otherwise, this looks to be the same course you all know and love from Mario Kart Wii.


Only a few more hours to go! Will you be trying out the new tracks? The Switch Has Now Sold Over 25 Million Units In Japan

Looks Like Some People In The West Are Playing The Mari...