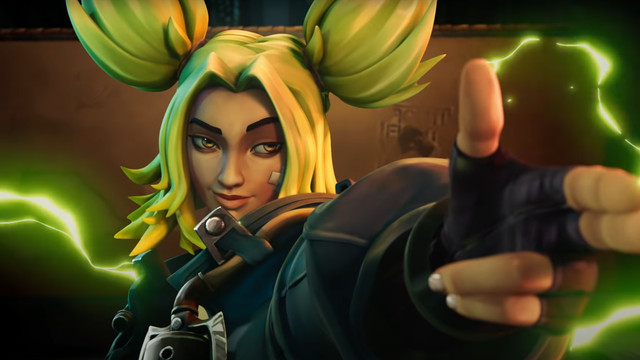 League of Legends’ newest champion, Zeri, was revealed a couple of days ago when her champion page went live on the game’s website. While that teaser was certainly exciting, it didn’t reveal much about the champion. But on Thursday, Riot released a full trailer to let her show off her electricity-fueled moves.

The trailer features a brief scene of Zeri charging up her powers while facing off against some thugs in Zaun, but it’s mostly focused on the champions on-Rift exploits. While we still don’t get a full description of her abilities, we do see her use auto-attacks that seem to be infused with electricity as they shoot out an area of effect behind their target. Zeri also seems to have a short dash that can take her over walls, some kind of skillshot laser, and the ability to move super quickly for a short period of time.

None of this comes as much of a surprise based on her champion bio, but it’s still nice to get a look at her abilities. For the exact descriptions of what Zeri can do, we’ll have to wait for Riot’s official announcement of her kit, which is sure to come sometime soon.

Zeri won’t be released in time for League’s latest season, which starts on Friday, but she should come out in the next patch which should hit in a couple of weeks. League of Legends’ new champion can save allies from de...

League of Legends’ multiverse has made its canon more c...

League of Legends’ next champion would like to sell you...

League of Legends’ new champion, Zeri, gets an electric...