Just How Accessible Are Switch Games Like Xenoblade, Pokémon, And Mario Odyssey? 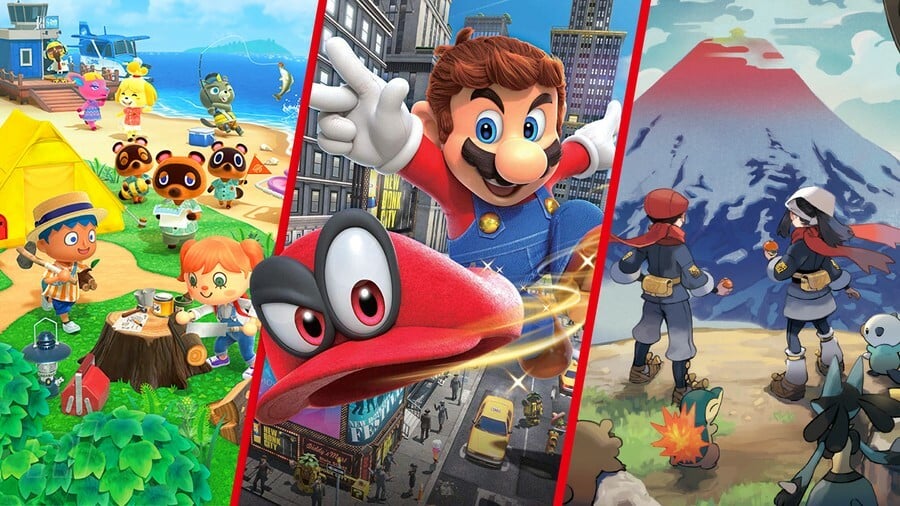 When it comes to accessibility features in video games, things have improved somewhat in recent years, with many developers now consciously providing elementary options that tweak the gameplay experience to better suit players of different abilities and with specific impairments. There remains much work to be done, though, to promote industry-wide understanding and communicate the vital importance of implementing these options for many gamers.

In this feature, Isabelle Meyer looks at a small selection of Switch games and assesses their accessibility.

Gaming as a disabled person can be tricky. It isn’t always easy to tell from a trailer if a game is accessible enough to meet your personal needs, and while reviews may touch on accessibility features, often promotional material is the only resource available to disabled gamers.

Disabilities can affect every individual's ability to play differently, and the impact of some specific disabilities may not be obvious to those who lack personal experience. Unfortunately, this leads to accessibility features often being overlooked as the barriers to gaming their absence cause may not be apparent to the game designer.

Accessibility features may even be present in games, but they often aren't highlighted as a matter of course in many game reviews, especially when it comes to more passive aids. Game developers may not include relatively simple-to-implement features due to not understanding or realising they could help and benefit a portion of the player base.

In this small roundup, we aim to highlight the accessibility of some popular Switch games, as well as showcase some games that include uncommon accessibility features — ones that should be included in many more games. You can find more details in our full reviews; here we focus primarily on each game's accessibility.

Xenoblade Chronicles 2, as the number suggests, is the second entry in the Xenoblade series, with the hotly anticipated third instalment coming in July. XC2 is an open-world JRPG with an incredibly rich and in-depth story that you can easily sink multiple hundreds of hours into. The game world exists across several different open-world style maps, with encouragement to revisit areas with a fresh perspective as the story progresses.

Depending on the player level, enemies will either act aggressively toward the player or sometimes flee. It is worth noting that even early on during the story, enemies levelled appropriately for endgame encounters can be stumbled into and accidentally triggered into battle, although most of these enemies are obvious enough to avoid.

Cutscenes in-game are voice acted as well as subtitled, however, they can be quite (read: incredibly) long with no way to pause (apart from pushing the Home button, of course) or save the game while in them.

The game’s difficulty levels is customisable at any time, allowing for adjustment of enemy attack strength and frequency, as well as debug durations and max HP levels. The customisation also anables adjustment to player recharge times, damage multipliers and health restoration rates out of battle. The game gradually introduces all aspects of the battle system and gives you the chance to learn techniques for battling more efficiently. However, there is no in-game instruction list to refer back to if you forget certain control aspects.

A very large DLC is available — Xenoblade Chronicles 2: Torna - The Golden Country — that includes in-game items, quests and access to the smaller prequel game. The expansion pass gives items early on that can help throughout, as well as offering new quests after certain story points have been reached.