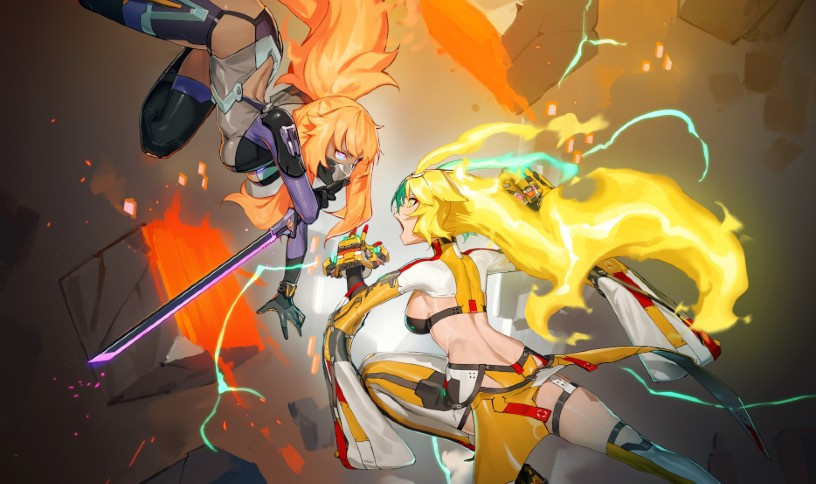 Get ready to dive in.


To celebrate the release date, Idea Factory has launched a brand new trailer jam-packed with over-the-top action, neon hair, and huge explosions. It also features some brand new playable characters — Leo, Le Viada, and Bahet — all of whom bring unique skills to the table and can support in battle.


This sequel follows on from a year after the events of the first game and sees Yumo return to the spotlight. After reluctantly saving the world from Chaos Beasts, she's now joined by her friends to once again take arms and defend the Human Realm.


Idea Factory has shared more information about the game below:


One year ago, Yang Yumo solved the Youshanding incident that struck the city of Ximending, and restored balance to the dimensions.

She is now in college and seems to be leading a peaceful everyday life while working hard at her part-time job, but the Youshanding incident left a deep scar that is still eating away at her body.
Then one day, she receives a report that a Chaos Beast has appeared in Youshanding. And so Yumo takes to the battlefield once again.

- From Ximending to Taipei City – With a deeper and grander-scale story, the setting moves from Ximending to Taipei City.
- Multiple Playable Characters – Your non-playable allies from the original Dusk Diver are now playable via Dusk Diver 2‘s new partner swap system. The play style also changes to match each character’s performance.
- Real-Life Taipei Store Collaborations – Real-world stores will appear in the game once again. Enter these stores to purchase special items.
- Combo and Break Strike – Activate a “Break Strike” by comboing enemies into the “Break” state. Massive damage and skill scenes heighten the exhilaration.

- Deeper Sub-Quests – With more sub-quests available than the original Dusk Diver, the story dives deeper into the characters.


You'll also be able to pre-order a Day One Edition from the Idea Factory International Store soon which will net you an exclusive trading card.


Will you be picking up the sequel on 30th August?