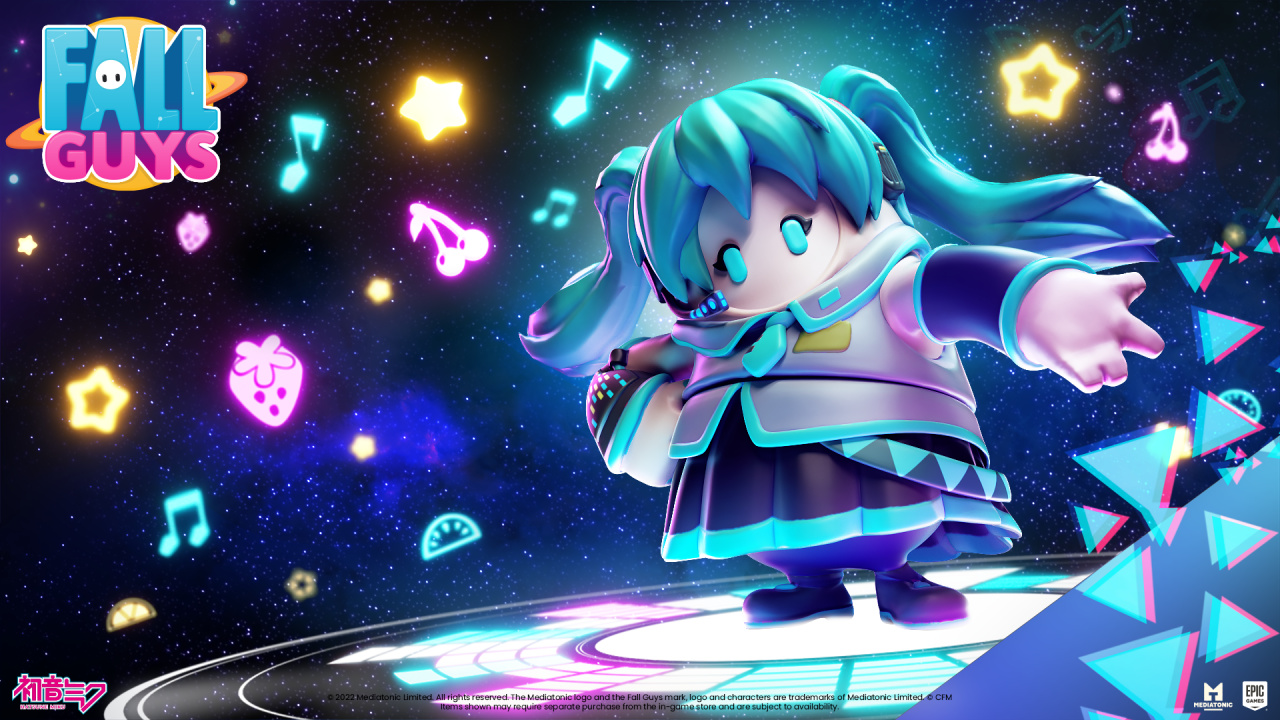 Sound of the Future.

The next Fall Guys crossover certainly matches its current season. Hatsune Miku, the virtual singer, is set to join the fun in Epic's multiplayer party game, with a new in-game event to celebrate.


The Sound of the Future event is how you'll earn both halves of the Miku outfit, as well as various other themed cosmetic goodies. It gets started on 22nd September, which is this Thursday. You'll be tasked with collecting glow sticks and spring onions as you compete in shows — doing so will unlock all those limited time items.


Will you be joining in for some Hatsune Miku-themed Fall Guys fun?