Sony today confirmed God of War Ragnarok sold 5.1 million PS5, PS4 copies during its launch, making it the company's fastest-selling first-party title of all time. The news was revealed in a tweet, which marks a brand new record for the God of War franchise. 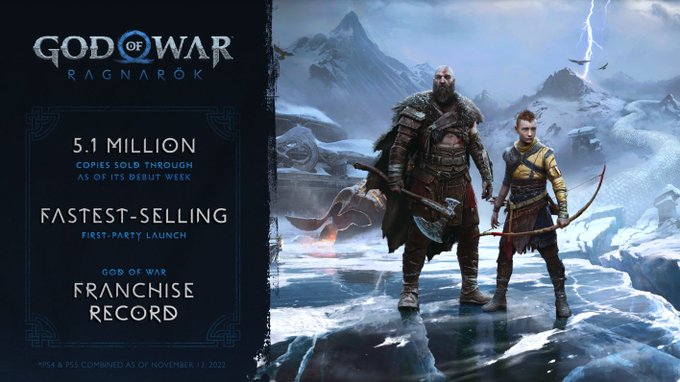 It means God of War Ragnarok has already comfortably sold more than other PS5, PS4 games from PlayStation Studios like Marvel's Spider-Man: Miles Morales, Returnal, and Ratchet & Clank: Rift Apart. The 2018 title God of War sits on 23 million sales according to data released at the start of this month, so Santa Monica Studio will hope its sequel will one day top that statistic.