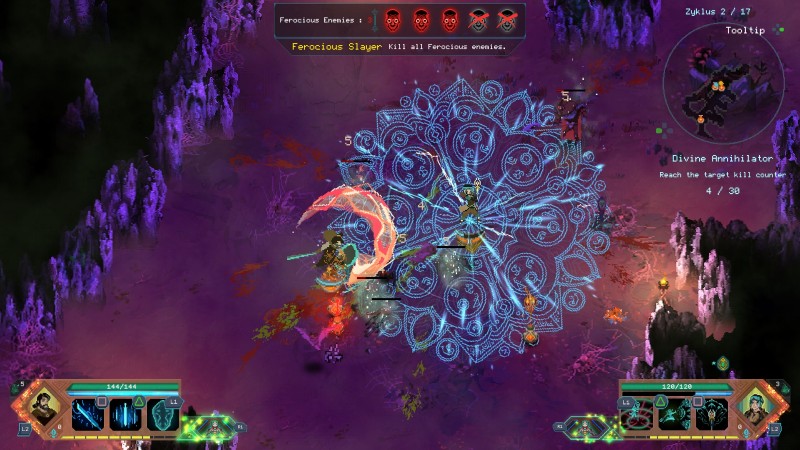 Children of Morta is an awesome dungeon crawler, and we really can’t stress enough that you should play it. Those who have already fallen in love with the Bergson family's epic journey can check out the game's biggest update yet. It’s called Family Trials, and guess what? It’s available now and free to all players.

Family Trials is a separate mode independent of the main story campaign. It adds a new dungeon called Zyklus that, like a lot of places in Children of Morta, is riddled with Corruption. In this case, the malevolent force regularly alters the rules within Zyklus, meaning its levels will be randomized on each run.

You’ll have one shot to take your chosen Bergson family member, all of whom are available from the start with their active abilities, through floors teeming with enemy hordes. In addition to main goals, you’ll have side objectives as well. Be careful, though; dying causes you to lose nearly all of your progress. But if that’s not daunting enough for you, Family Trials adds two new difficulty options: Hard and Insane. The higher the difficulty, the more levels you’ll have to conquer.

A new talent system replaces the existing skill tree. When characters level up, they get to choose a new talent, and each Bergson has 40 talents each. Upgrades and mods for skills can be stacked and tinkered with, so you can experiment with different character builds. Runes no longer drop in dungeons either, instead becoming part of the talent system.

What do you think of Family Trials? Will you be firing up Children of Morta to give it a shot?

Children of Morta Teams With Humane Society for New Cha...

Children of Morta Is A Solid Roguelike