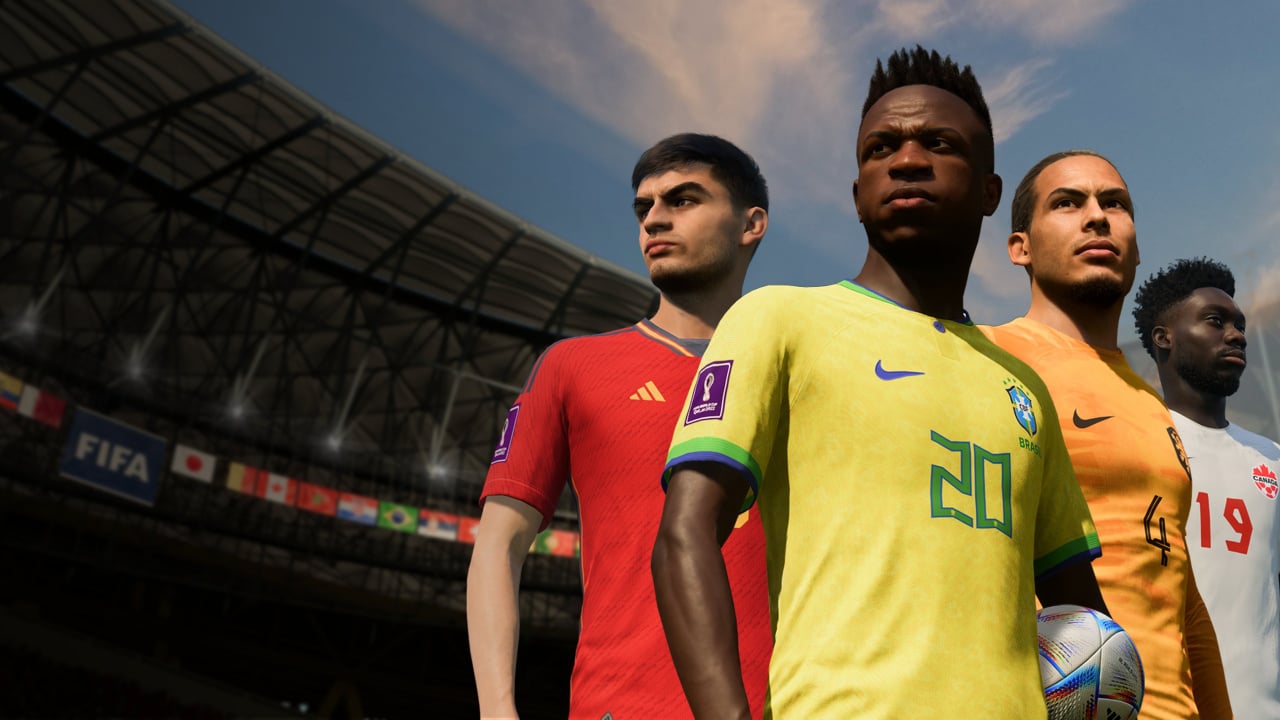 FIFA 23 will be treated to a World Cup mode on 9th November 2022, EA Sports has confirmed. You'll be able to take any of the qualified teams to glory either offline or in an online tournament, and also participate in live modes based around the matches taking place on any given day. If your favourite national team didn't qualify, you can swap in up to 15 other nations and have them win the World Cup instead in a custom tournament.


The surrounding matchday experience has also been improved, featuring clips of fans before the game decked out in their country's colours and engaging in pre-match activities. Strictly without any alcohol or public displays of affection, of course. Just two of the eight stadiums in Qatar will actually make it into FIFA 23, though.


As for FIFA Ultimate Team, there won't be any dedicated this time around. Instead, a Path to Glory event will run from the start of the World Cup and allow players to unlock "30 World Cup Heroes". There'll also be new team kits, match balls, stadium designs, and different commentary packs to unlock before the end of the tournament. When the World Cup comes to a close, the best-performing players will be handed permanent upgrades to their cards.