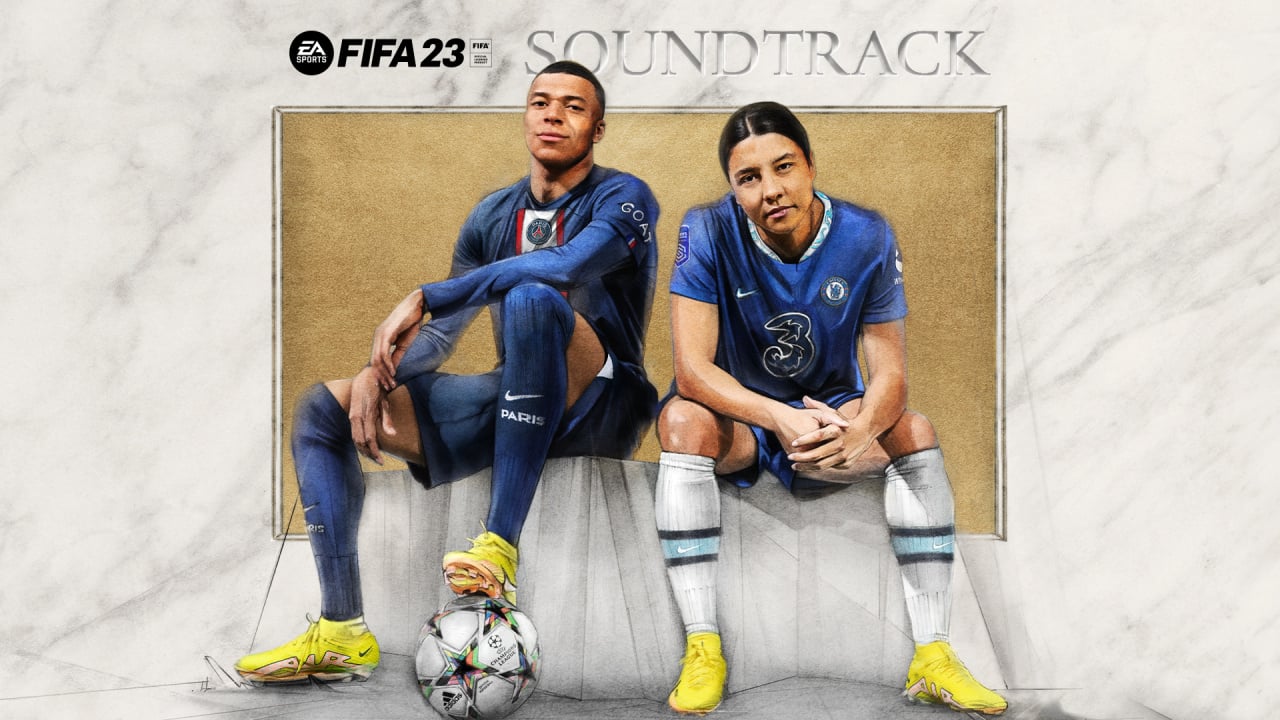 It's out on Spotify, too.

Whether the music is to your tastes or not, the FIFA games have always put a lot of effort into their licensed soundtracks. Usually, they're made up of recent tunes that sit right on the edge of mainstream popularity, but in the last couple of years, the soundtracks have stepped over that edge and secured some especially heavy hitters.


The upcoming FIFA 23 has a bit of everything, and that's mostly because it'll feature over 100 songs. Indeed, this is the biggest FIFA soundtrack to date, so picking out the bangers is going to take some time.


Fortunately, EA's given us a festival-esque poster that names every artist and band that's made the cut. 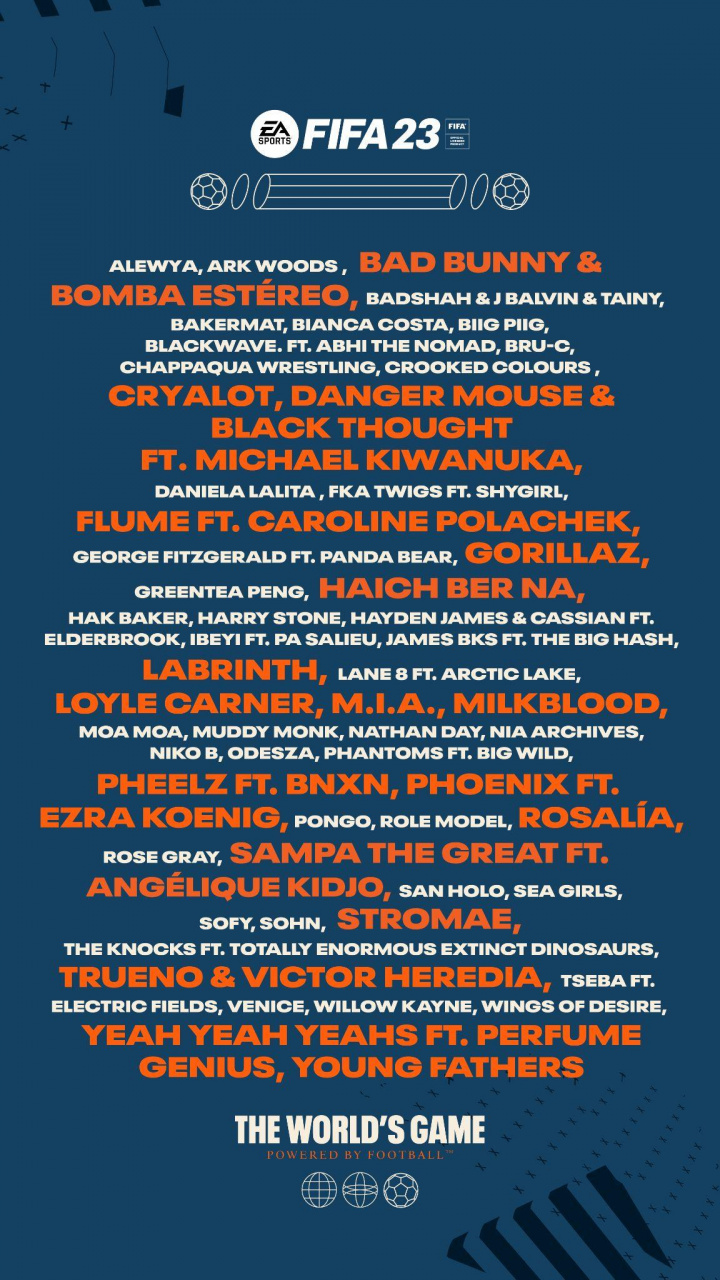 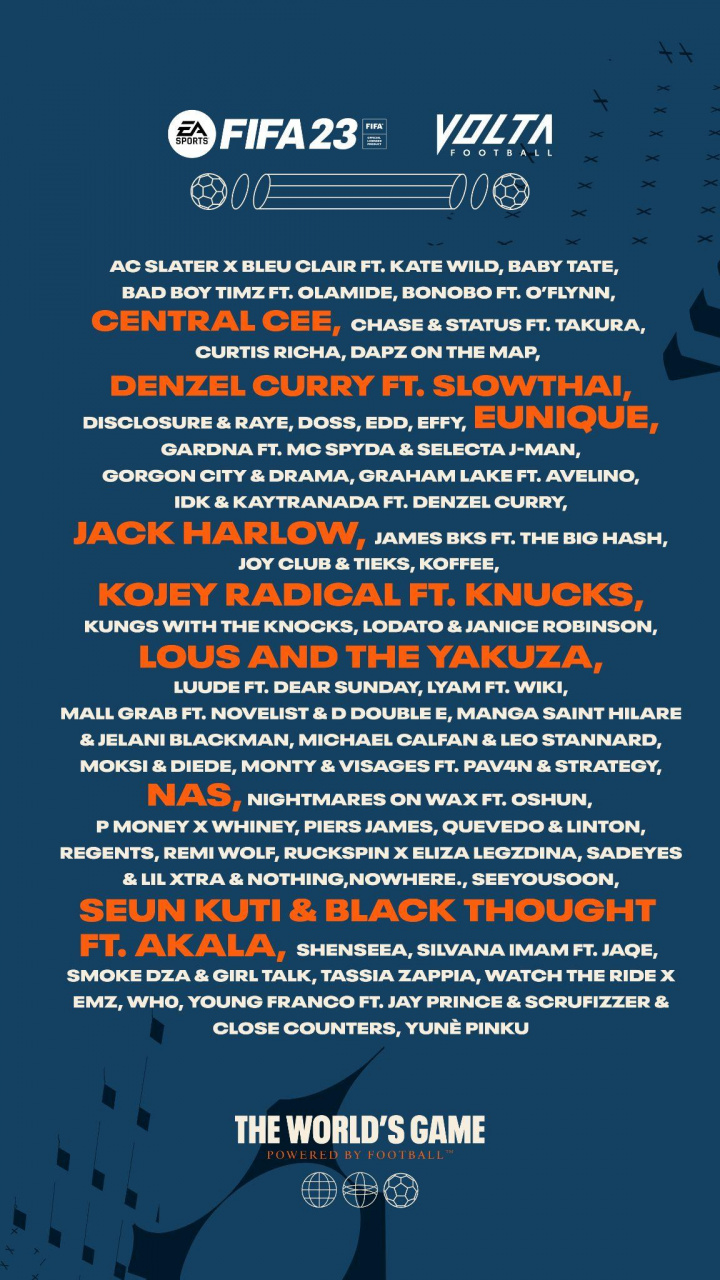 If you want to sample the soundtrack ahead of the game's release, you can find it on Spotify through an official FIFA 23 playlist.


Do you recognise any of these tunes? Which songs will you be playing on repeat?