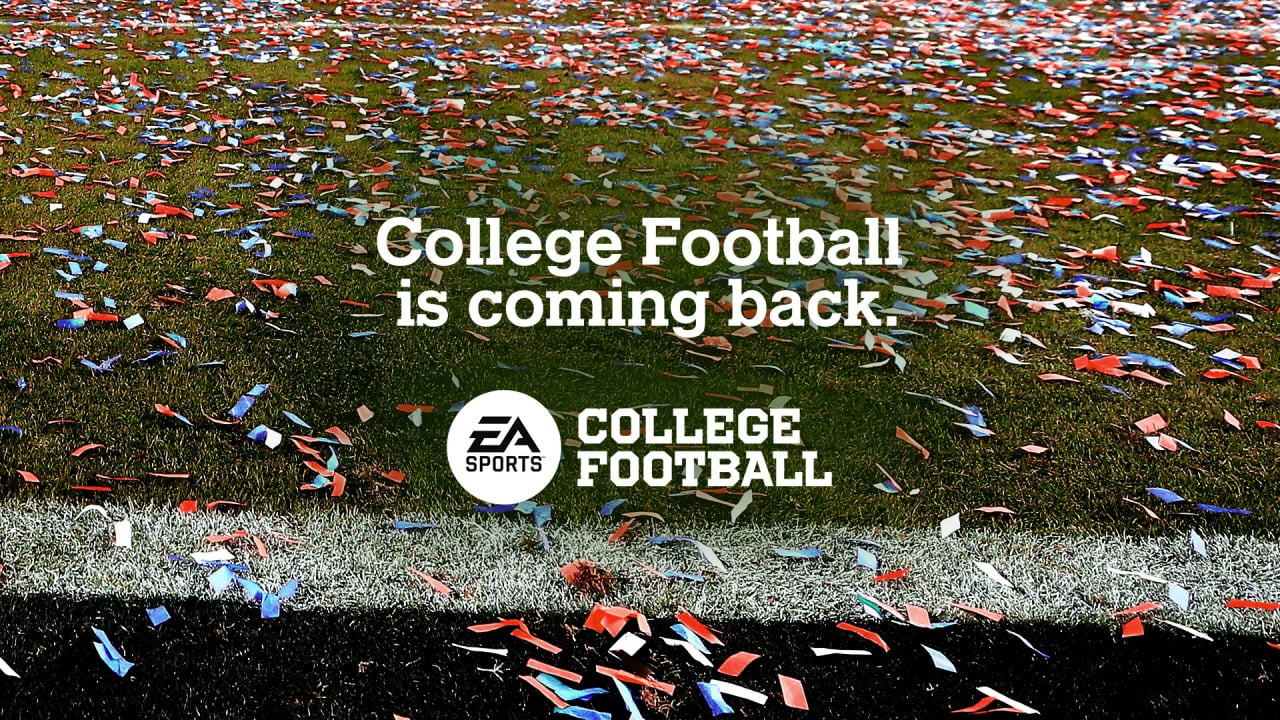 EA Sports’ hotly anticipated College Football reboot will not see the Friday night lights until the summer of 2024, having been previously scheduled to kick off in July 2023. The game – which was first announced all the way back in 2021 – is being built from the ground-up, and therefore will not piggy-back off the work of the Madden NFL team. “That's the best date for us to bring the game that we think is going to meet or exceed our player expectations,” bigwig Daryl Holt told ESPN. “We're trying to build a very immersive college football experience.”

While subsequent entries will release on an annual basis, the juggernaut publisher wants to ensure the foundations are sound. And one tightrope it’s currently navigating refers to the rights of real-life college footballers. When the game was first announced, negotiations were still ongoing regarding player likenesses in the college landscape. Now, however, the NIL has opened a pathway for players to appear in the game – although it’s still unclear exactly how the rights will be structured. “The road’s open now,” Holt said, “but it's still under construction."

It’s not the only licensing headache that EA Sports has to overcome. The publisher says it’s secured the rights to 120 colleges, “with a host of FBS schools committed”. This will allow it to include uniforms, stadiums, and other traditions from those institutions. However, it’s not yet clear whether the likes of Notre Dame are now on board, after they previously indicated they would opt out “unless the players benefitted from the use of their name, image, and likeness”.

“We expect more will join, but we can only commit to what we have got in the hopper right now,” admitted Holt. “We'll have more information to share as we move forward along that evolving landscape. But we'll put as many schools as we possibly can put into the game.”

As for the game itself, the ever-popular Dynasty Mode will of course return, allowing you to control a school through multiple seasons and recruit an unstoppable roster of top talent. Road to Glory is also on the agenda, where you’ll create your own college football star and rise to the top in your preferred position. Holt wouldn’t be drawn on specifics, and just said the team wants to get the “foundational elements” right so it has something to build on moving forwards.

While the title is, ultimately, a long way away, we don’t think the delay is necessarily a bad thing. Football fans have been yearning for EA Sports to go back to the drawing board, and while the annual release cadence of Madden NFL makes that pretty much impossible, it has a real opportunity here to reinvigorate virtual football.