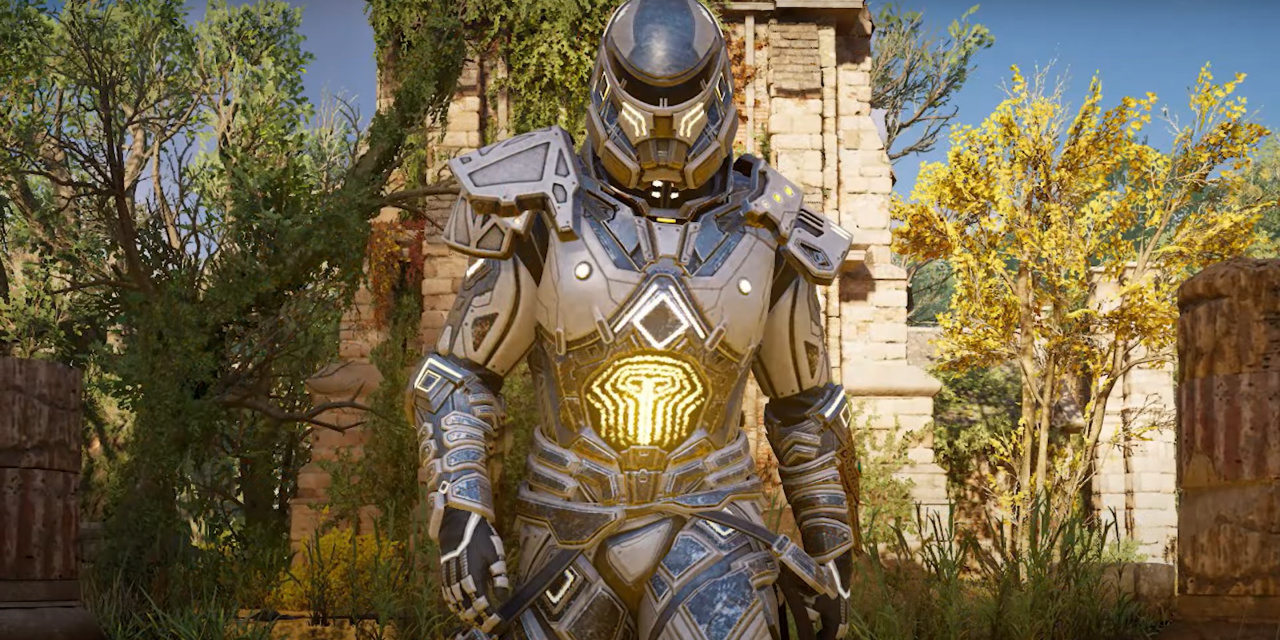 Back to the future.

For years, fans of Assassin's Creed in its more traditional form have criticised the open world RPG direction of the last few games (despite the fact that the franchise is now more profitable than ever before). The argument that Ubisoft's series is simply no longer Assassin's Creed is a common sight online, with the most recent titles, Assassin's Creed Odyssey and Assassin's Creed Valhalla, incorporating more and more fantastical elements. Stealth gameplay can feel like an afterthought, and the franchise's trademark Assassins versus Templars storyline has taken a backseat.


We're sure that those same fans will absolutely love Valhalla's latest DLC armour set, then. As reported by AndyReloads on YouTube, it's called the Advanced Mechanical Armor, and it'll soon be added to the in-game store. It fires a laser beam from its chest when you use Eivor's Battle Cry ability.

Now listen, Valhalla is no stranger to crazy armour designs — especially when it comes to the sets that are added to the aforementioned in-game store — but this has to be the most immersion-breaking of the bunch. We suppose that this armour could be explained through the lost Isu civilisation that forms the basis of Assassin's Creed's lore, but even then, many will see this set as a clear indication of what the series has become.


There's nothing quite like roaming the medieval English countryside while wearing a full Iron Man-esque robot suit! Although having said that, people are quick to forget that you could dress up as Metal Gear Solid 4's Raiden in Assassin's Creed Brotherhood...