For the past six days, Diablo II: Resurrected players in the United States, Asia, and the United Kingdom have experienced intermittent difficulties when attempting to log in to the game’s online servers. Now, some are taking to social media to demand refunds.

[#D2R] As part of our continued investigation into the issues over the past few days, our team will be actively monitoring and reacting to the situation during peak play times and there may be periods where logins or game creation are limited

According to Blizzard’s customer support Twitter account, the outages may be due to an issue affecting the game’s authentication servers, which can lead to players experiencing either “failed” or “slow” login attempts.

These server issues began after Blizzard patched the Xbox, PlayStation, and Nintendo Switch versions of the game on October 6. The patch appeared to be routine fare, addressing issues like player profiles not being able to share names with online characters they created, and players not being notified when the game linked to their Xbox Live accounts. One fix made it so that players were no longer prevented from creating a game in their region after they joining a game in a different region.

We continue working to resolve the login issues in #D2R as soon as possible. We apologize for the inconvenience caused by today's outages.

Blizzard’s customer support Twitter account has posted numerous updates letting players know it is aware of the issues they are experiencing, and of the team’s efforts to implement fixes. The account has repeatedly tweeted that “Today’s login and game creation issues have been resolved,” but these maintenance efforts seem to only temporarily address the problem.

Players have taken to both Twitter and Reddit to vent about the challenges they’ve encountered when attempting to play Diablo II: Resurrected. While some users on r/Diablo have made memes about the game’s login issues, others have stated that the issues are carrying them into “i would like a refund territory.” Yes, although Blizzard’s support Twitter account has repeatedly thanked players for their patience, some have clearly gotten fed up with the ongoing difficulties, and have started the hashtag #RefundD2R. “Damn guys, login problems are like once a day,” one person tweeted along with the hashtag, while another exasperated player commented, “same day, same time, same channel. This is unbelievable. 5 days in this shit.”

One player who requested a refund posted a response from Blizzard apologetically denying the request. Other players on Reddit said that Blizzard had denied their refund requests because of the amount of time they had spent playing the game prior to experiencing outages. 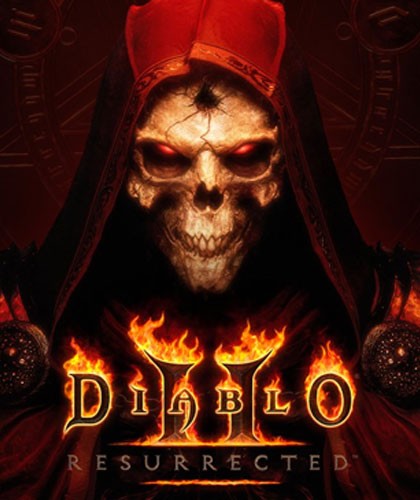 Fixing The Diablo II: Resurrected Servers Sounds Like A...