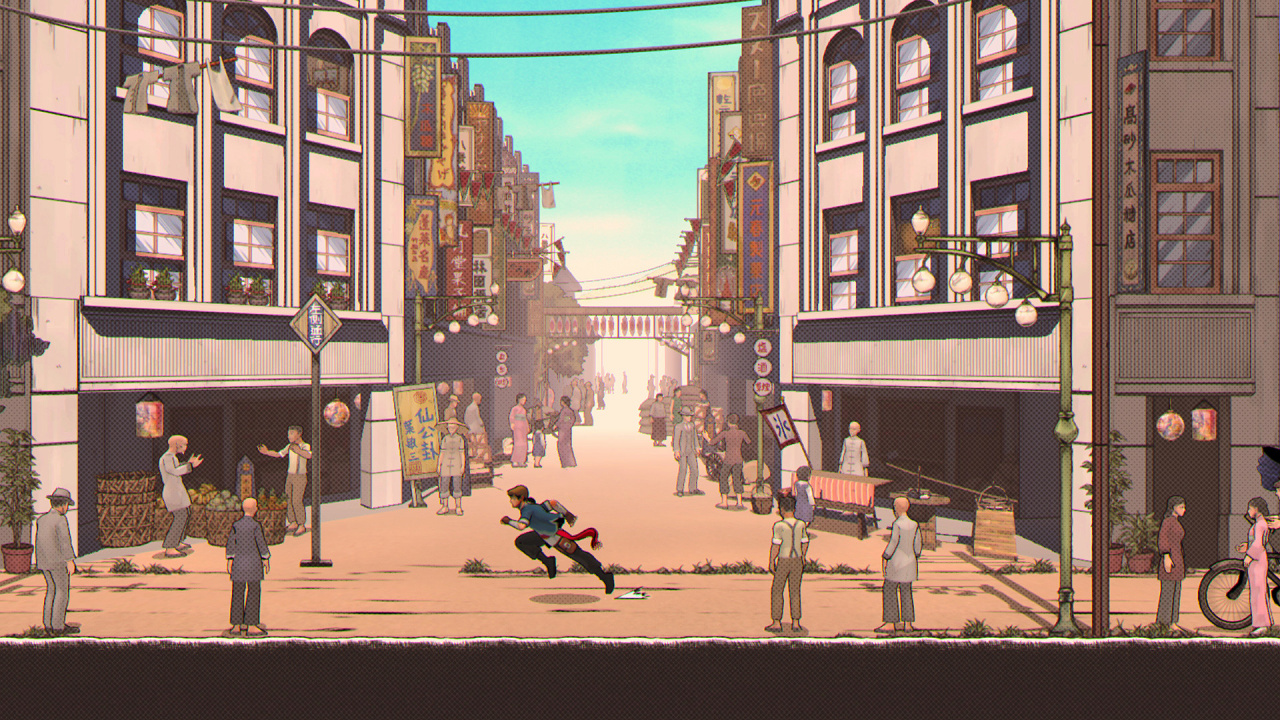 The Legend of Tianding is an eye-catching sidescrolling action title heading to Switch and PC, with a story based on the real-life "Robin Hood of Taiwan" Liao Tianding (1883-1909). Developer CGCG (along with publisher Neon Doctrine) has now given an updated release date of 1st November, so there's not long to wait.

The new trailer (above) showcases aspects of the story - in which you're resisting colonial rule - and also some of the mechanics that form the basis for the core combat and action. It looks rather slick and hopefully it'll hold up well in its Switch version; below is some blurb from the Steam page.

Battle the colonial authorities in style with a tanto, waist sash, and fast paced Kung Fu in tightly tuned technical combat. Execute advanced aerial combos, steal weapons from your enemies, use your waist sash and grappling hook to fly around the battlefield, and strike fear into the hearts of your oppressors.

Take on incredible bosses like deadly courtesans, greedy businessmen, and even military leaders, each one guaranteed to challenge you with their dynamic abilities and brutal attacks.

Explore the Dadaocheng area of Taipei city as it looked like in the early 1900’s. Run through colorful streets, ride on a speeding train, and make your escape through dark sewers, all done in the style of a retro Traditional Chinese Manga.

Let us know what you think - one for the wishlist? Console Exclusive The Legend Of Tianding Gets A New Swi...