"This disharmony must resolve, or be crushed." 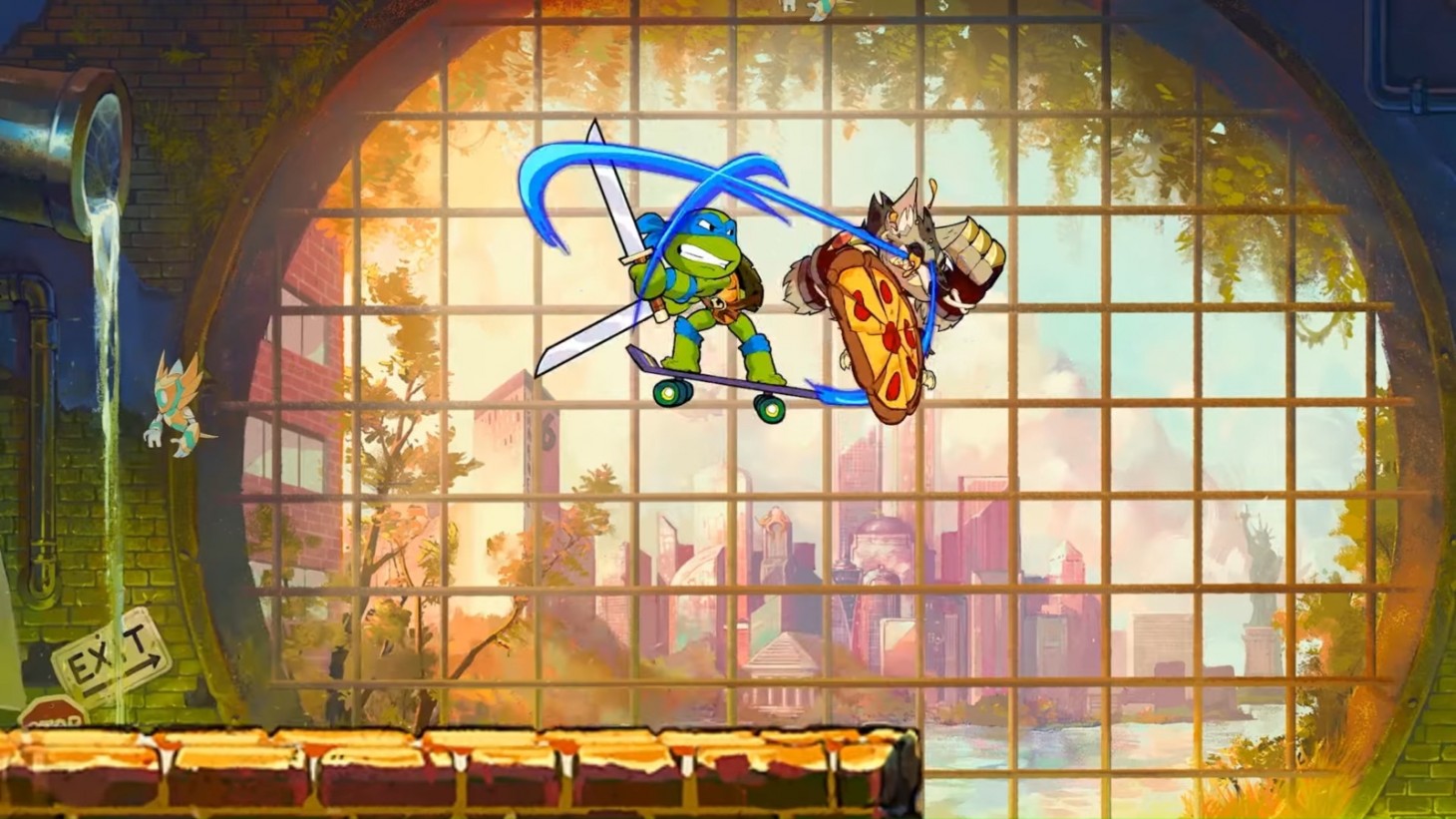 Brawlhalla fans, get ready to hang ten, eat pizza, and kick butt because the Teenage Mutant Ninja Turtles are joining the fray. Ubisoft announced during today’s Forward presentation that Leonardo, Donatello, Raphael, and Michelangelo will invade the free-to-play fighter today.

Couple today's news with the upcoming Teenage Mutant Ninja Turtles: Shredders Revenge, and it looks like the Turtles are making a video game comeback of sorts.  TMNT serves as the latest crossover event to hit Brawlhalla, a game that has previously featured a who’s who of guest appearances from across video games, movies, TV, and comics. Hellboy, Shovel Knight, WWE, Tomb Raider, Adventure Time. You name it, odds are it’s appeared in Brawlhalla. That’s not to discount the 50 or so original fighters already present in the game.

The Smash Bros. style fighter has been a popular destination since launching in 2017 thanks to its entertaining gameplay and, of course, widespread availability.  The game pits up to eight players against each other in over-the-top battles where the goal is to send your foe flying off the stage. Ubisoft acquired Brawlhalla developer Blue Mammoth Games in 2018, bringing the game under its umbrella. Brawhalla is available now on PlayStation and Xbox consoles, Switch, PC, as well as iOS and Android.

In other Ubisoft Forward news, the company debuted a new game based on James Cameron’s Avatar universe, revealed the first gameplay footage of Rainbow Six Extraction, and detailed the villain-focused Far Cry 6 season pass. Be sure to visit our E3 coverage hub to catch up on today’s announcements, as well as news both past and upcoming. Brawlhalla's Next Crossover Fighters Are The Teenage Mu...