"Take a hint, old boy, we may have had our differences, but you and me, we're made for each other."

Bloodhunt is an upcoming Vampire: the Masquerade battle royale 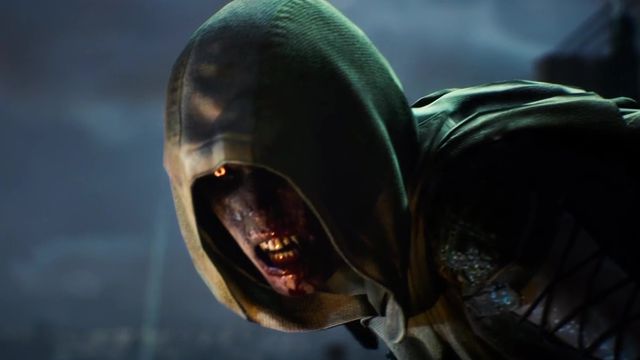 Developer Sharkmob is creating a new game in the Vampire: the Masquerade universe, but it’s a far cry from the dialogue-heavy RPGs that are common to the franchise. Instead, this is an action-packed battle royale game with swords, shotguns, and sniper rifles. At the Summer Game Fest on Thursday, Sharkmob showed off the game in more detail. The title was originally teased in fall 2020, but it finally has a name: Bloodhunt.

We saw some in-engine alpha footage of urban environments, including graveyards and nightclubs. The trailer also showed vampires from different clans, like Brujah and Nosferatu vampires in the street. Players will get to pick their clan, which will determine their playstyle. It also looks as though civilians factor into this game in a significant way, and vampires may be able to feed on them for a little boost.

There’s an array of ways to go about, well, the battle in this battle royale. Some characters rely on weapons and explosives, while others augment their gunplay with powerful supernatural abilities like blinking through space or putting up blinding shields of light.

Bloodhunt is set to be released on PC in 2021. Players can sign up for a closed alpha test on the game’s official website.