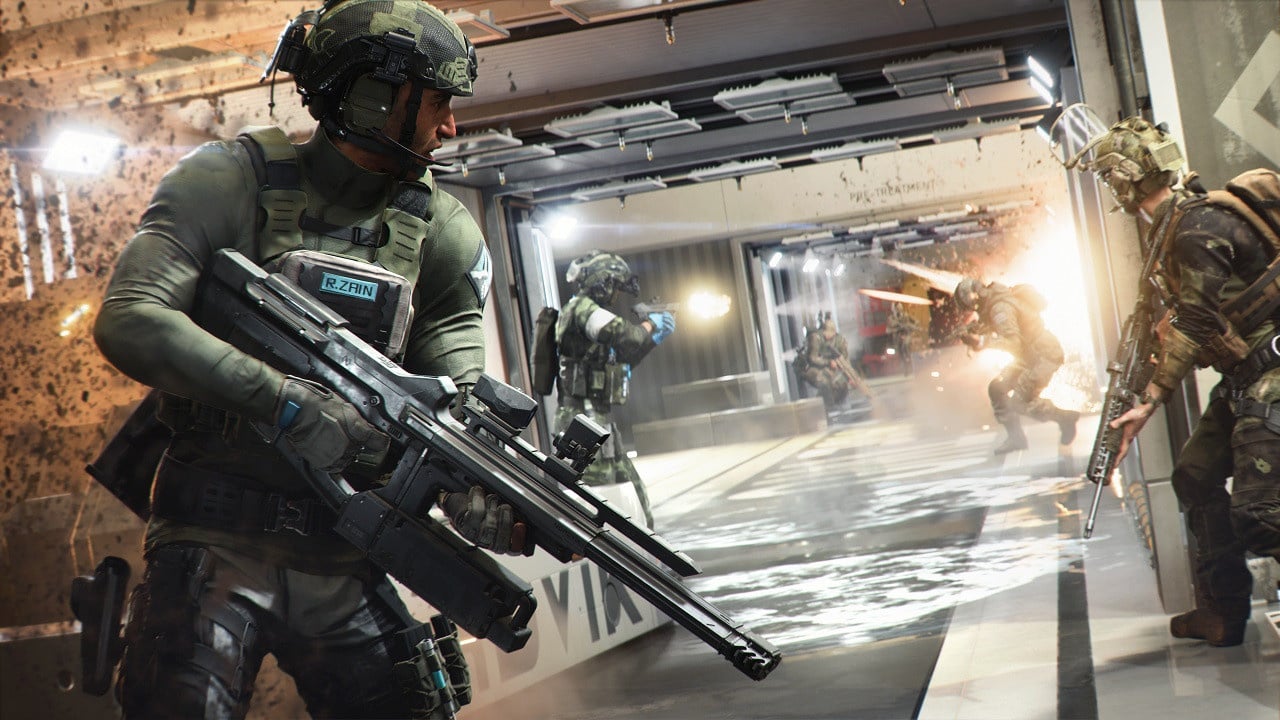 Not the only game in town.

Not to be outdone by Modern Warfare 2 and Warzone 2.0's complete domination of the shooter space in recent days, Battlefield 2042 has debuted some Escalation gameplay ahead of the launch of Season 3 in a suitably bombastic trailer.

Escalation will introduce quite a bit of content into 2042, even if, admittedly, much of it is just old stuff that got a bit of a rework. There is the new map, Spearhead, which takes place in the untamed wilderness of Sweden, featuring rolling hills and idyllic rivers just begging to be blown up. In addition, older maps Breakaway and Manifest have been given a once over and should flow better now.

There is a new operator, Rasheed Zain, who can use his Airburst Launcher to flush enemies out of cover, and will regain health twice as fast as normal once he does finish them off. Railgun tech has hit the battlefield, too, with the Rorsch Mk-4 rifle and the NVK-S22 Smart Shotgun coming online, not to mention the powerful EMKV90-TOR tank.

Finally, there will be an all-new Battle Pass containing 100 tiers of free and premium content for players to work their way through. Season 3: Escalation will launch on 22nd November for PS4 and PS5.

Battlefield 2042 Coming to EA Play in a 'Few Weeks'

Battlefield 2042 Is Bringing Back the Classic Class Sys...