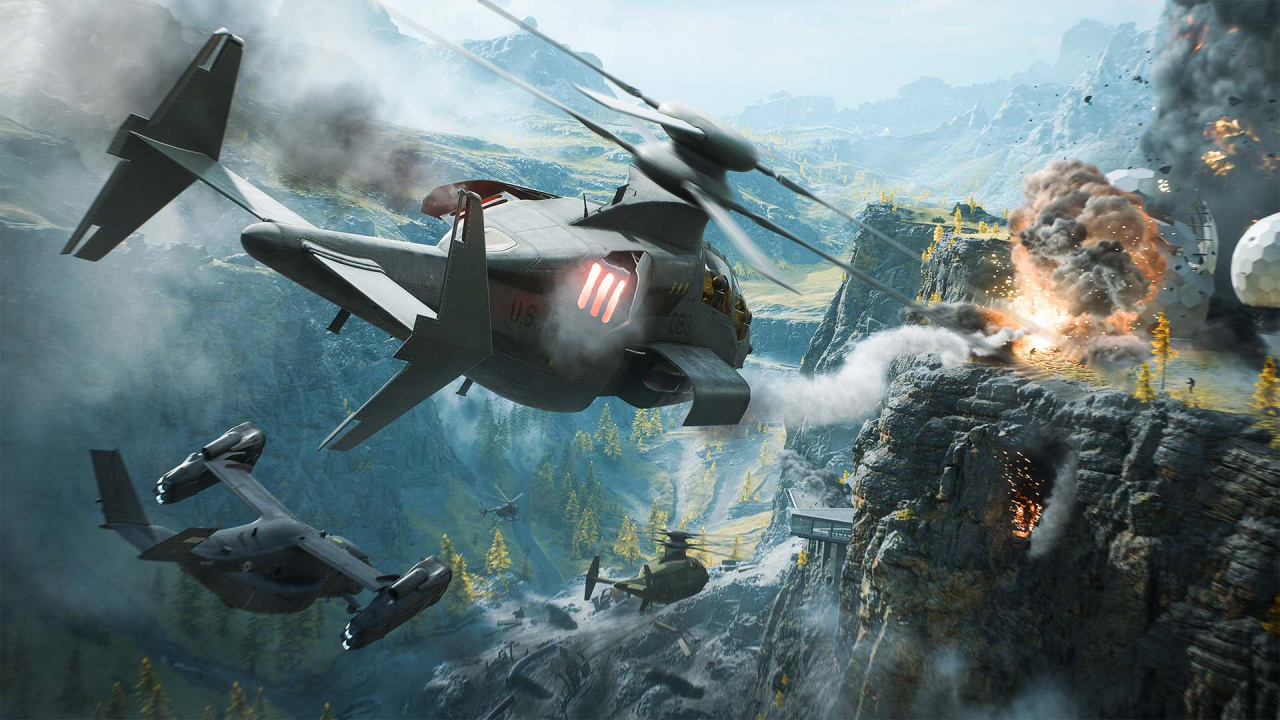 Battlefield 2042 has been in a difficult spot basically since launch, and DICE has been working hard to try and get it in shape. That includes putting a stopper on an entire third of the game with Hazard Zone development coming to an end, but it also means brand new content in the form of seasonal drops. The very first season is Zero Hour, which has just received a flashy trailer.


Season 1 is scheduled to launch very soon indeed, following a pretty hefty delay. It's coming on 9th June 2022, which is just a couple of days away. It's better late than never, but what does it bring to the table? The headline additions in Zero Hour are a new cliffside map named Exposure and a new Specialist who goes by Ewelina Lis, wielding a rocket launcher from which you can manually pilot the projectile. Beyond that are one or two new weapons and some new helicopters to confidently climb into and then send immediately spiralling into the earth.


This new season launches alongside an enormous game update that makes a vast number of changes, which you can read more about through here.


Will you be jumping back into Battlefield 2042 to check out Zero Hour?