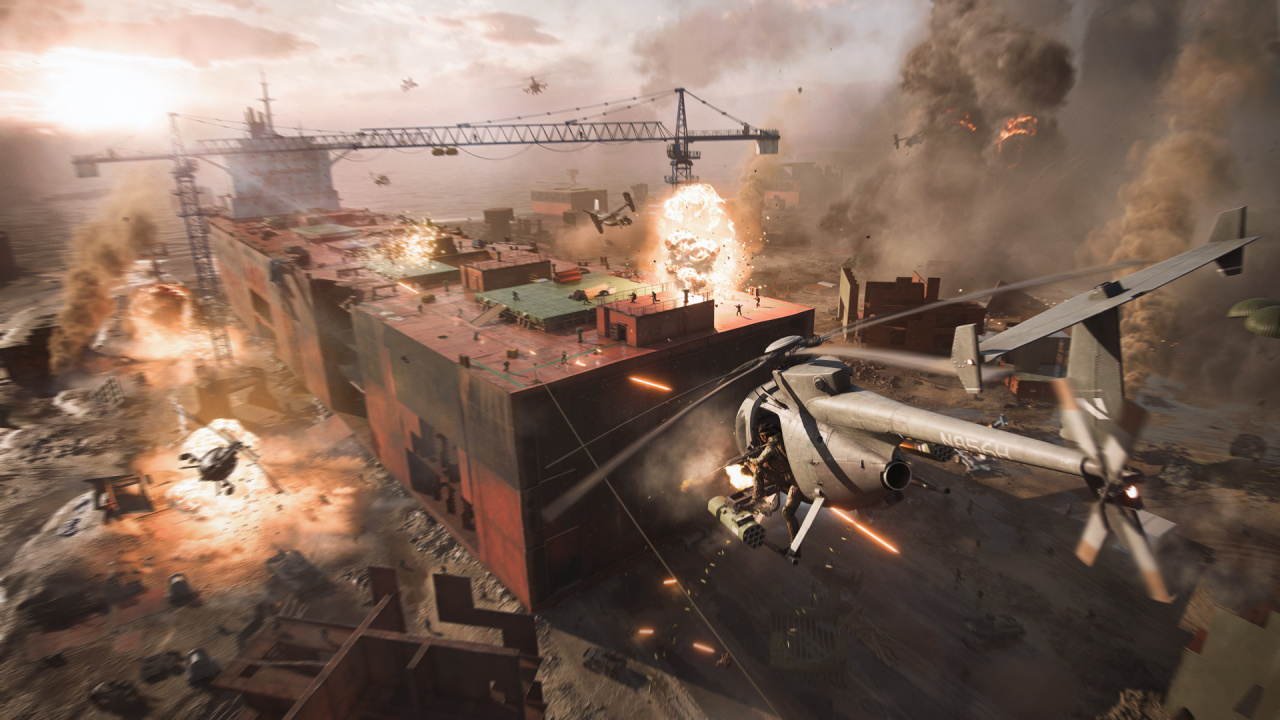 The Battlefield 2042 YouTube channel is the place to be this Thursday as developer EA DICE plans to finally share what its new Hazard Zone mode is all about. Scheduled to premiere at 4pm BST / 8am PT / 11am ET, it'll be our first official look at what is described as "an all-new high-stakes multiplayer experience". It will accompany the usual assortment of Battlefield modes and the Battlefield Portal at launch on 19th November 2021.

However, if you've been following our news coverage of Battlefield 2042, then you may already have some idea of what to expect from Hazard Zone. A datamine back in August suggested the mode will play a lot like PC title Escape from Tarkov, tasking squads with completing objectives across pre-existing maps all the while fending off attacks from the AI and other real-life players. Orbital, the single map which was part of the game's recent open beta, supposedly has built-in support for Hazard Zone. If you die during a match, you lose everything.

The datamine in question went on to explain how participants will need to collect intel from data drives and crashed satellites. Points of interest allow you to stock up on ammo or call for backup, such as the Ranger robot dog — again part of the recent beta. AI bosses will also drop more loot when they're downed.

Are you excited by the prospect of Battlefield 2042's Hazard Zone?