"The eyes of mist have seen you." 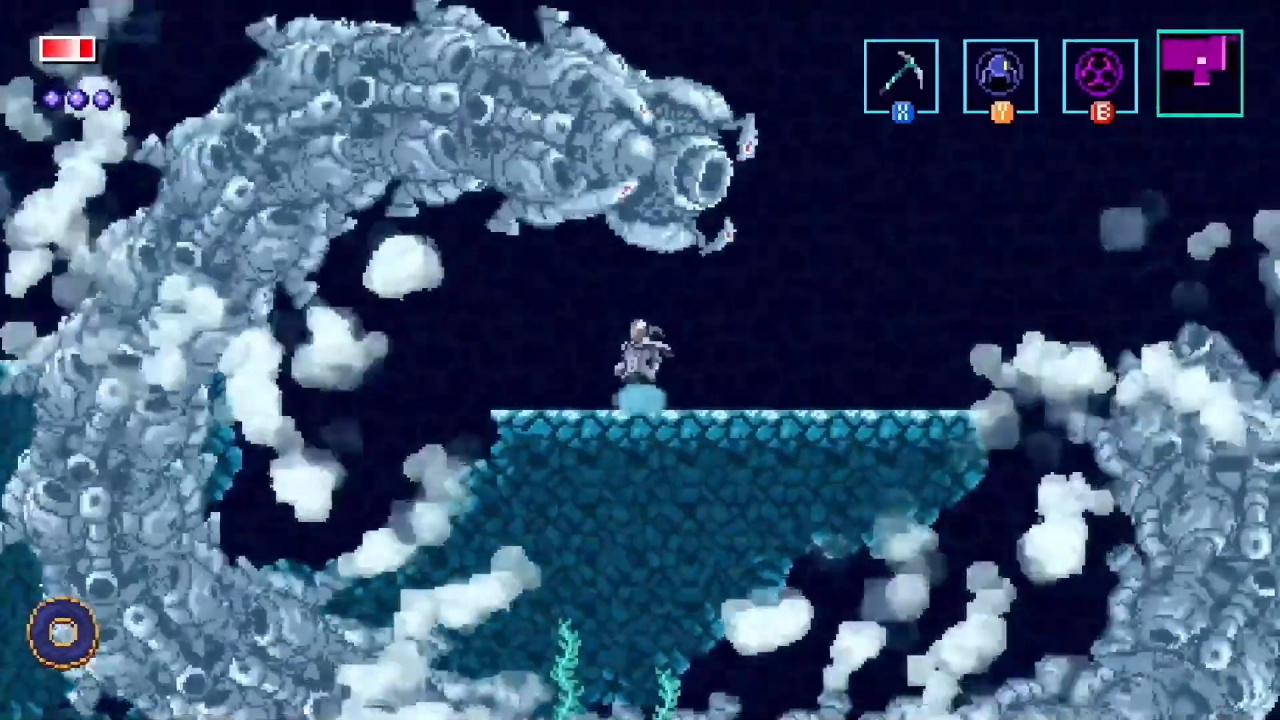 When people talk about great indie games, Axiom Verge should be among them. A tough, Metroidvania style shooter, the game was a critical hit and is beloved by fans. News came a little while back that the developer, Thomas Happ, was busy working on a sequel, but unlike its predecessor, it wasn't announced for PlayStation. Today, that's changed: Axiom Verge 2 will indeed hit PS5 and PS4.

The sequel is set in a different location and stars a new protagonist, but it does take place within the same universe as the first game. It follows a wealthy tech expert named Indra who takes a trip to Antarctica and, somehow, ends up in an alternate version of Earth. While there will apparently be some references to the original, it's a standalone story, so you don't need to have played Axiom Verge 1.

The gameplay will be similar in that you're exploring a labyrinthine map, but it sounds like combat will be pretty different. Indra won't have the various guns found in the first game, but she does have her pickaxe and her tech abilities, that allow her to hack enemies.

There's a bit more info over on the PlayStation Blog. Are you excited for Axiom Verge 2? Axiom Verge 2 Has Been Delayed To Q3 This Year

Axiom Verge 2 Is Launching On The Nintendo Switch This...