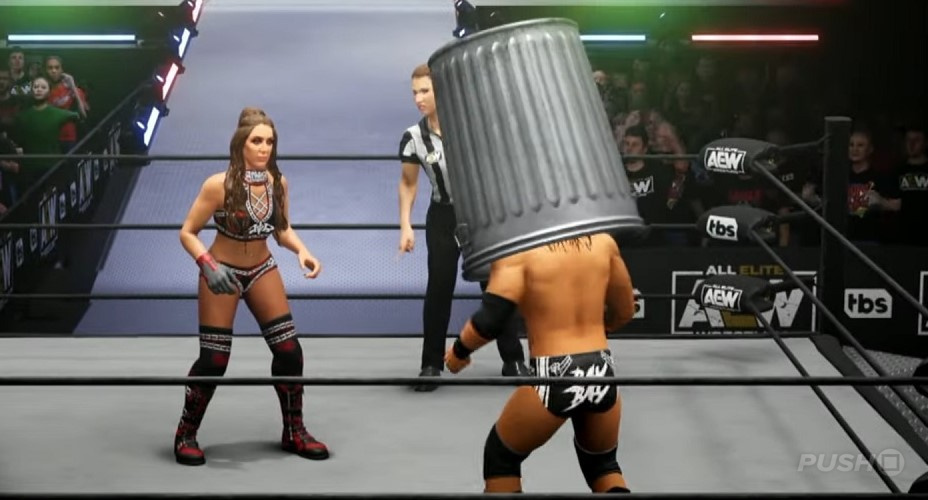 There’s a nostalgia for old wrestling games these days. Specifically, the title we see most fans mention is WWF: No Mercy on the N64 – who didn’t own that one in the noughties? – but also the likes of WWF: SmackDown for PS1 are considered legendary today. Japanese developer Yuke’s, fresh from being kicked off the WWE 2K franchise, is aiming to capture that classic THQ feel with AEW: Fight Forever, then – and y’know what, it may be onto something!

Look, this is clearly not going to be the prettiest, most polished arcade sports game on the PS5 and PS4, but it’s certainly got an early 2000s charm to it. This gameplay trailer leans heavily on the “pick up and play” aspect, and also shows some of the shenanigans you can get up to in the ring, such as riding skateboards and throwing footballs in foes’ faces. There are also seemingly a ton of ridiculous weapons, including fire extinguishers and much more.

With a full create-a-wrestler career mode and a bunch of minigames, this title definitely has Multitap energy, doesn’t it? The question is: are you nostalgic for this specific style of jank?