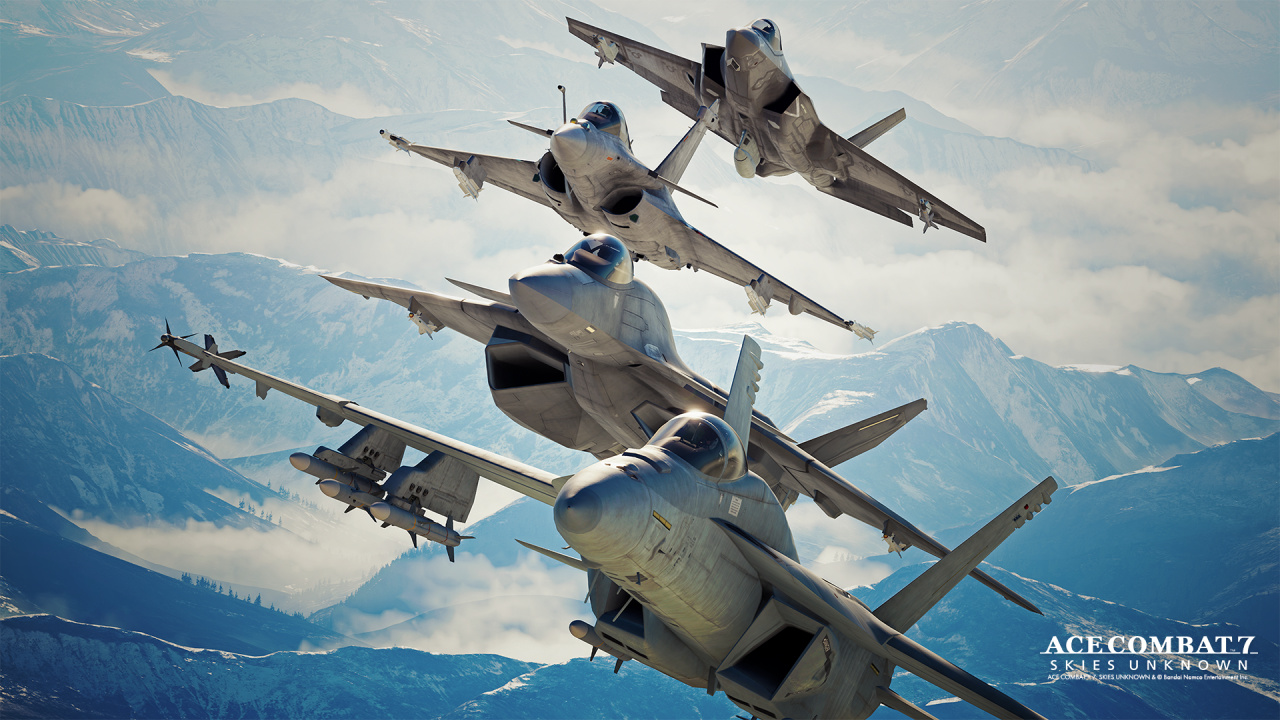 Ace Combat fans rejoice: the latest entry is doing very well indeed. The latest entry in Bandai Namco's jet fighter action series, Ace Combat 7: Skies Unknown, has been a big success. Not only did it receive a very warm reception from both critics and fans, it's the best selling game of the franchise. The publisher will be even happier today, though, as it's reached a new sales milestone.

Skies Unknown has now broken the 4 million mark, making it comfortably the best performing Ace Combat title. Furthermore, the series as a whole has now reached more than 18 million — not bad for what is a rather niche, under-the-radar set of games.

Ongoing support for the game will have helped a bit; a collaboration with Top Gun: Maverick (which is also very good) saw it feature a bunch of planes and plane skins based on the movie.

To celebrate the sales milestone, Bandai Namco has released a new wallpaper in various sizes for PCs and smart devices. Ace Combat 7 Squads Up with Top Gun: Maverick for Cross...