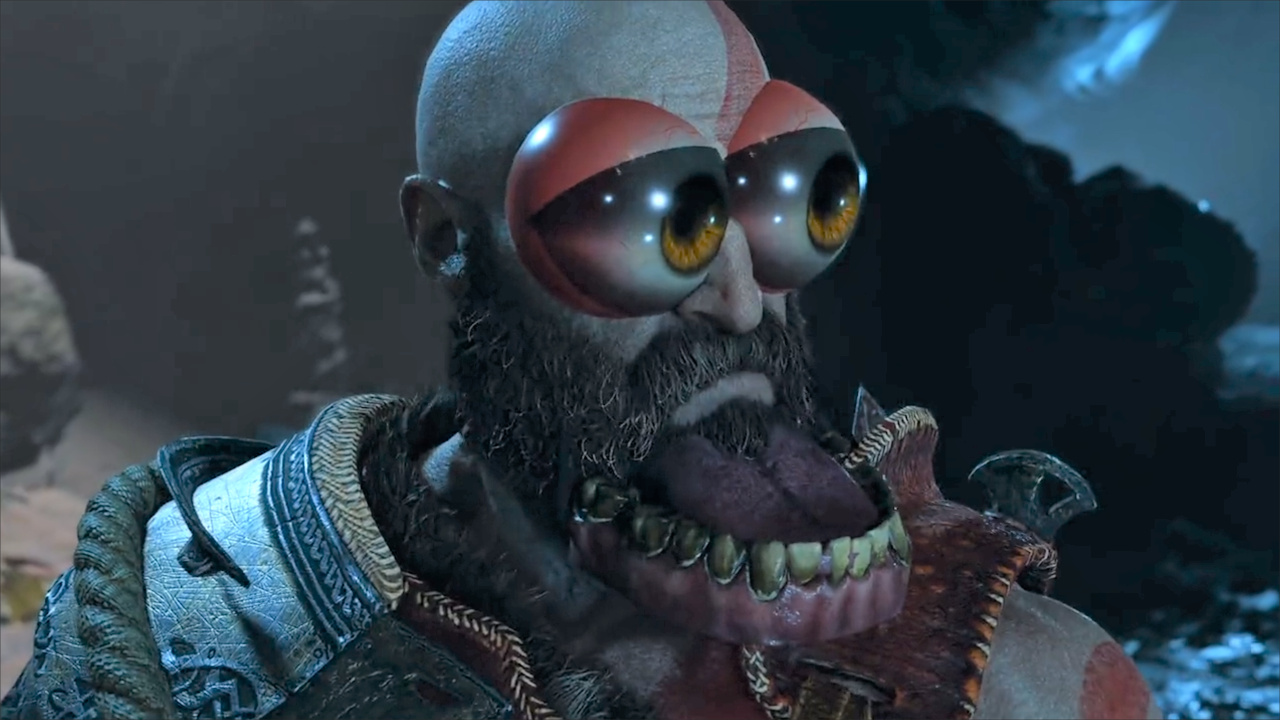 
You want non-Activision Blizzard stories? Well, dear reader, we’re thrilled to deliver those to you. Here’s Kratos from Sony’s recent God of War PC port, modded to have exaggerated googly eyes and a giant, cartoon-like jaw.

Hilarious, goofy joke or nightmare fuel? That’s up to you to decide, but it’s as far away from acquisition natter as we could find.